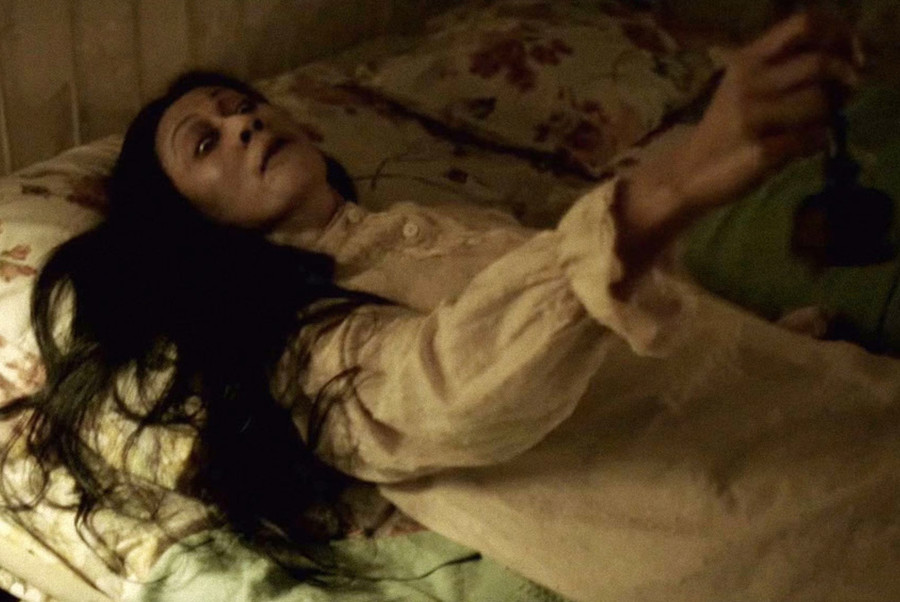 Like every year, a few weeks before Five Flavours festival begins, we meet for a terrifying horror films marathon. This year, the land of Asian terror will be ruled by horrifying heroines – struggling with insanity, craving revenge, coming back from the underworld to harass their startled relatives.

The program of Asian Horror Night includes three chilling titles from directors well-known to Five Flavours audiences – a classic by the unpredictable Shinya Tsukamoto, a dark tale of developers from the Thai horror master, Sopon Sakdapisit, and a satanist superhit by Joko Anwar, which received a record number of Indonesian Academy Awards nominations.

This year, the Asian fear marathon takes place just before Halloween, on Saturday October 28 in Muranów cinema, at 8:30 PM.

Between the screenings, we will invite the audience for refreshments.

Program of the night:

A remake of a satanist horror from the 1980s, considered as the scariest Indonesian film of all times. The mysterious disease of a mother, a former singer, keeps her lovable family awake at night. But it is only the beginning of the troubles the four siblings will have to face. Dark family secrets, signs conveyed through music, the alarming proximity of the old graveyard visible from the house windows, and creatures, which remember the times of no religion – goosebumps guaranteed!

In the face of a family tragedy, two inseparable friends decide to take a desperate step. But one of them hesitates before fulfilling the dark promise. The punishment for disloyalty will not come immediately, but it will be deadly serious… Sopon Sakdapisit combines the best traditions of Thai horror cinema and a moving social drama, taking a close look at the enriching middle class and the causes of the real estate economic bubble. Modernity and rationality meet forces eluding logic and control – the revenge from the underworld is dreadfully painful even in a luxurious apartment.

Kotoko’s mind is like a shattered mirror – it keeps pushing her to the verge of insanity. Trying to reconcile the roles of a mother, a partner, and an adult woman seems futile. Tsukamoto, the rebellious individualist, throws the audience in deep water, diving into the abyss of a mental disorder with occasional lighter moments – musical impressions of the leading actress, Cocco, and lots of peculiar sense of humor.