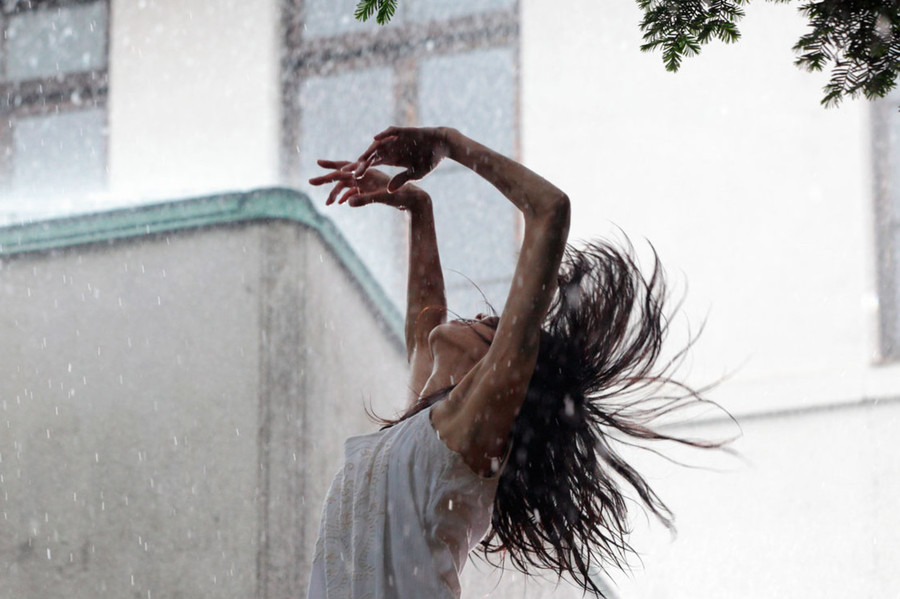 Kotoko is desperately trying to fit into her various roles – of a mother of a newborn baby, a partner of a loving man, and an independent, adult woman. She is desperate, because her mind is similar to a broken mirror, time and again leading her to the verge of utter insanity. Hallucinations cause a spontaneous, warm person with a vivid imagination to turn into a danger to herself and those around her. Her only consolation is singing, which flows straight from her soul.

Shinya Tsukamoto once again proves that he is the master of non-compromising, original, auteur cinema. Handheld camera, aggressive editing, and the style of narration throw the audiences in deep water, straight into the world of the heroine. Even though we don’t see it through her eyes, we perceive the world the way she does. We accompany Kotoko in living through the horror of a mental disease and the drama of helplessness, from time to time lightened up by the actress' song and a big dose of subtle humor.

"Kotoko" was the second film by Shinya Tsukamoto, after "A Snake of June," awarded at Venice IFF, this time at the Orrizonti competition. It was the first Japanese film which recieved an award in this section.

The charismatic leading actress, Cocco, is an avant-guard Japanese singer, who appeared on screen in Hirokazu Koreeda's "So I Can Be Alright: Cocco's Endless Journey" (2008). Last year she returned to cinema playing one of the main roles in an extravagant production "A Bride for Rip Van Winkle" (dir. Shunji Iwai), which will be screened at this year's Five Flavours.

Born on January 1, 1960. Director, producer, actor, editor, screenwriter and a man of all film trades. One of the most important names in the post-war history of Japanese cinema, the author of the ground-breaking 1989 "Tetsuo the Iron Man," and one of the most shocking war films, "Fires on the Plain" (2014), as well as several other titles praised by the audiences and the critics. Most of his films elude genre classification, combining elements of horror and science-fiction films, monster movies, thrillers, and dramas.