The 11th edition of the festival took place in Warsaw in the cinemas Muranów and Kinoteka on November 15-22 in 2017. We presented 40 full-length and 9 short films at 75 screenings in Warsaw and 8 in Wrocław. We have shown the vast majority for the first time in Poland. In total, over 11.5 thousand viewers watched the films.19 filmmakers came to Warsaw who had the opportunity to personally present their works. Two films had their international premieres, one - European.

Visual identification of 11. Five Flavours Film Festival was based on the Far Eastern lunar calendar and signs of the lunar zodiac. 2017 was the Year of the Fiery Rooster. As every year, a special place at the festival was taken by the competition section of New Asian Cinema, presenting films that are distinctive in terms of form and theme, touching current problems and broadening the boundaries of film imagination. Productions from Indonesia, Taiwan, the Philippines, Bangladesh, Malaysia and Vietnam had compete for the Grand Prix. The program also included a review of the cinema from one of the most mysterious countries in Asia, the Himalayan region of Bhutan, and a retrospective of the key author of the new wave and the most influential female director of contemporary Hong Kong cinema - Ann Hui. Also, a high quality genre cinema appeared, among others in the section devoted to avant-garde Japanese eroticism - Roman Porno, as well as the Asian Cinerama review, which included films which had been awarded and nominated as part of the Asian Film Awards. Genre films were also the heroes of the section presenting the renovated classics of film archives.

The 11th edition of Five Flavors opened the screening of the film "Our time will come", the latest production of the heroe of  director's retrospective, Ann Hui. The movie tells a story about the Hong Kong resistance movement in the 1940s, and its connection with the contemporary political situation raises one of the key issues in the author's work - a question about the identity of an individual in a broad historical and social context. The film closing the festival was a Bhutanese film directed by the most widely known filmmaker outside the country, and at the same time a Buddhist monk, Khyentse Norbu. "Hema hema" (the title can be translated as "long, long ago") is an avant-garde, visually captivating drama, combining the traditions of Shakespeare's tragedy with Buddhist parables of death and lust.

As every year, a special place in the program of Five Flavors was taken by the competition section of New Asian Cinema, presenting new voices of Asian cinema - films that are distinctive in terms of form and theme, touching current problems and broadening the boundaries of film imagination. For festival's Grand Prix  competed 11 titles with original, widely discussed productions from Indonesia, Taiwan, Hong Kong, Bangladesh, Malaysia and Japan. The winner of the prize of EUR 3,500 funded by the Polish Film Institute was chosen by People's Jury, composed of enthusiasts of cinema and Asian culture enthusiasts. The jury of NETPAC, an international organization supporting the development of Asian cinema, awarded its distinction to one of the competition films.

The distinction went to the debut of "KFC", dir. Lê Bình Giang, Vietnam 2016

Contemporary cinema of Bhutan opens the way for viewers to one of the most inaccessible regions of the world, combining unusual local artistic traditions and Buddhist philosophy with an intriguing, ambitious form and interesting species conventions. The review at the Festival of Five Flavors was an opportunity to learn about the culture of the Himalayan kingdom - its traditional and contemporary face.

A retrospective of the key Hong Kong author of the new wave and the most influential female director of contemporary Hong Kong cinema. In her films, she looks at everyday life and ordinary heroes and from their perspective presents a complicated history of Hong Kong, where the influences of traditional Chinese culture and the realities of the British colonies are mixed up. Memories and retrospections become a tool for telling about cultural identity, history and politics shaping it in the individual and social dimension.

For the first time, the program of Five Flavors included a review co-created with the Asian Film Awards Academy, an institution founded on the initiative of festivals in Busan, Hong Kong and Tokyo for the purpose of year-round promotion of Asian cinema as well as supporting young creators. The Asian Cinerama section will include six important titles - winners and candidates of Asian Film Awards in 2017.

It was a unique opportunity to get into the lesser-known history of the cinema and see on the big screen renovated versions of groundbreaking classics. One of the highlights of this section was the display of a restored copy of the iconic masterpiece of the Japanese avant-garde piece, the film "Tokyo Drifter" (1966) directed by Seijun Suzuki, who died on February 13th in 2017.

As part of special screenings, films by renowned directors and loud premieres. The productions were presented by the creators of the already known spectators of Five Tastes - Naoko Ogigami and Sion Sono, as well as debutants who have just begun their film career - participants of the Hong Kong Fresh Wave program, supporting young talents and the development of independent cinema.

During the festival two theme marathons took place. One of them, called "Korponoc", was dedicated to people in the broad sense of business. The program of the evening included three films - a Hong Kong detective story, a Japanese melodrama and a Thai horror - which use various genre conventions to talk metaphorically about the culture of advertising, marketing and developer. The second special evening was an opportunity to meet Bahubali. The program included two parts of the saga dedicated to this hero - Tollywood greatest success story in history, the South Indian cinema, which had become a kind of social phenomenon. The popularity of films about the legendary warrior can be compared to the frenzy around "The Lord of the Rings" or "Star Wars", and the visually pleasing and full of turbulent emotions, the plot kidnapped viewers around the world - from China to the United States. Traditionally, the event preceding the festival was the Asian Horror Night, organized in the Muranów Cinema 28 October. Within it, three horrors were presented: the Indonesian "Servants of Satan", the Thai "Promise" and the Japanese "Kotoko".

A series of lectures deepening on the themes of festival films: an opportunity to learn about socio-cultural contexts, aesthetic traditions, the relationship between cinema and everyday life and current events in Asia. The 2017 edition featured lectures devoted to both political and aesthetic topics. The invited experts talked about the culture of Bhutan and Indonesia, the political and economic entanglements of contemporary Hong Kong cinema, as well as the influence of traditional Chinese aesthetics on contemporary cinema and the influence of the late Japanese master Seijun Suzuki on gangster cinema. Lectures took place in the seminar room of the Museum of Modern Art at Pańska street in Warsaw.

The questions and answers session with invited guests took place after the screenings of their films. During the meetings with the director, Dechen Roder, you could learn more about the Bhutan movie environment, the Hong Kong producer Roger Lee told about his cooperation with the retouching filmmaker, Ann Hui. A young Polish director, Weronika Mliczewska, also spoke about the documentary in India. The traveler Renata Koper from Soul Travel, talked us about Bhutan fairy tales and legends.

As part of the festival, there were several accompanying events prepared by the Museum of Modern Art during the exhibition of works by a Chinese photographer documenting the life of the Beijing bohemia of the 1990s. Danwen Xing portrayed a generation of artists born during the Cultural Revolution connected with visual arts, experimental theater, a new music scene and film. One of these creators was Yang Chao, the director of "Crosscurrent", which was also a guest of the festival. During the festival in 2017, the audience had the opportunity to take part in guided tours of the exhibition, led by its curator, Magda Lipska, and had a lecture on the Chinese avant-garde environment and a screening of two documentaries showing the lives of independent artists by Wu Wengwuang.

Over sixty Polish and foreign journalists were accredited for the festival. We invite you to familiarize yourself with their some of ther releases: 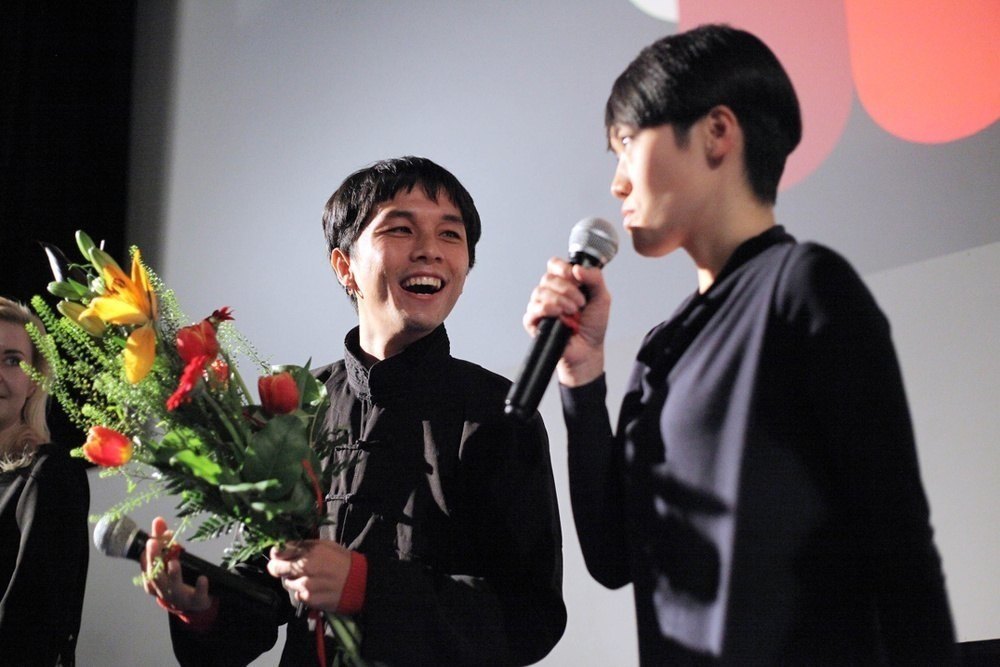