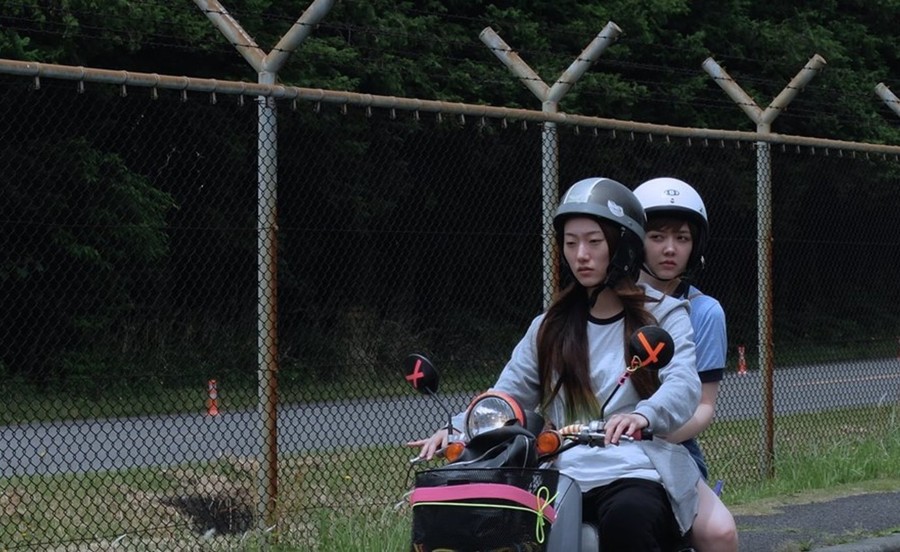 A rebellious girl, hip-hop, and a Japanese town in the shadow of an American military base. Sakura dreams about becoming a rapper, even though her efforts are not always appreciated by her community. Meanwhile Rei, the San Francisco-raised daughter of Sakura’s mother’s new partner, appears in their house to spend Japanese holidays with them.

This sharp, minimalist story speaks of aspiring to autonomy and one’s own voice. Miyazaki shows the teenage rebellion with seriousness and empathy, showing it in the wider narration on identity, and the condition of contemporary Japan – a country still living in the aura of the long-gone economic success. The eclectic soundtrack, in which anime music is intertwined with rock and hip hop, is one of the tropes resounding like an ironic commentary on the alleged unity and distinctiveness of the country’s culture.

The director resents a harsh judgement of the political and cultural apathy of the Japanese society, but his protagonists is bewitchingly independent and has a very sober outlook on the world. Her voice is delicate, but clear – her silent determination brings to mind the characters from Hou Hsiao-hsien’s "Daughter of the Nile," or "Millenium Mambo."

Born in 1980 in Yokohama, studied at Waseda University. He worked as production assistant and assistant director for the films of Leos Carax and Kiyoshi Kurosawa. He also wrote film scripts. His debut feature, "End of the Night," was praised by critics and audiences. In 2015, he took part in the Berlinale Talents project.