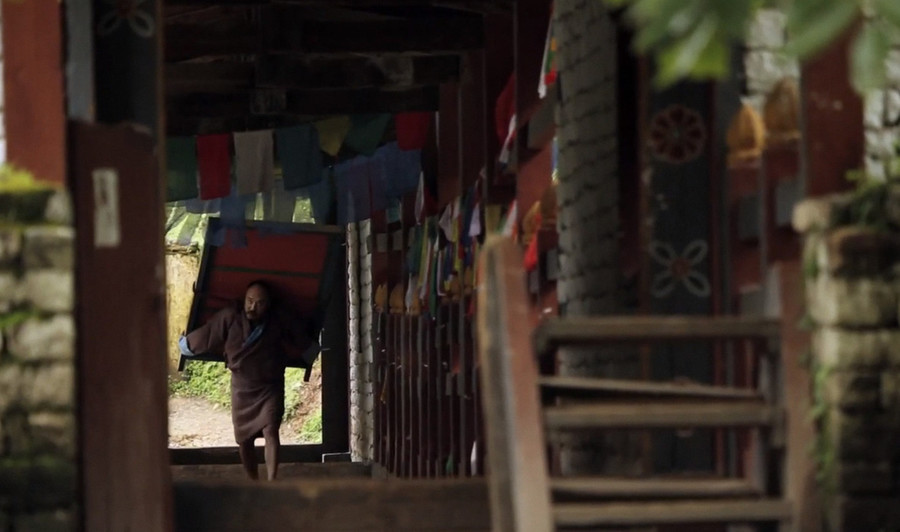 Short features are an important space for artistic expression in Bhutanese cinema, allowing to explore film form and less popular topics. Poetic, elusive, often half-documentary productions provide an opportunity for spiritual contemplation, observing the every-day, and pondering over the mysteries hidden in the tales of old.

IN THE REALM OF THE GODS

A young man works as a ritual dancer, which impresses his baby daughter, but it is not enough to support his family. A semi-documentary story about the irony of fate, set in the contemporary Thimphu – a tale of a man who dances like a god, but lives like a beggar.

A ninety-something year old man lives alone, far from other households, cultivating his daily routines and taking care of the house by himself. A short documentary about persistence and the irrepressible will of life.

A lonely man wakes up when he hears water dripping from the ceiling. He embarks on a journey carrying a red door, whose weight almost bends him to the ground. A symbolic tale completed with an original metaphor.

MONK IN THE FOREST

A painterly impression showing an episode from the journey of a monk who faces his fears alone in the dark forest. An intriguing, dialogueless picture of inner dilemmas.

"Lo-Sum-Choe-Sum" is a Buddhist practice of seclusion lasting for three years and three months, taken up by male and female monks, as well as the most persistent believers. It is a time for mindfulness and consciousness exercises, leading to clarity of the spirit. For Lhamo, a young, unlucky girl, the road to the peace of mind is an especially rocky one.