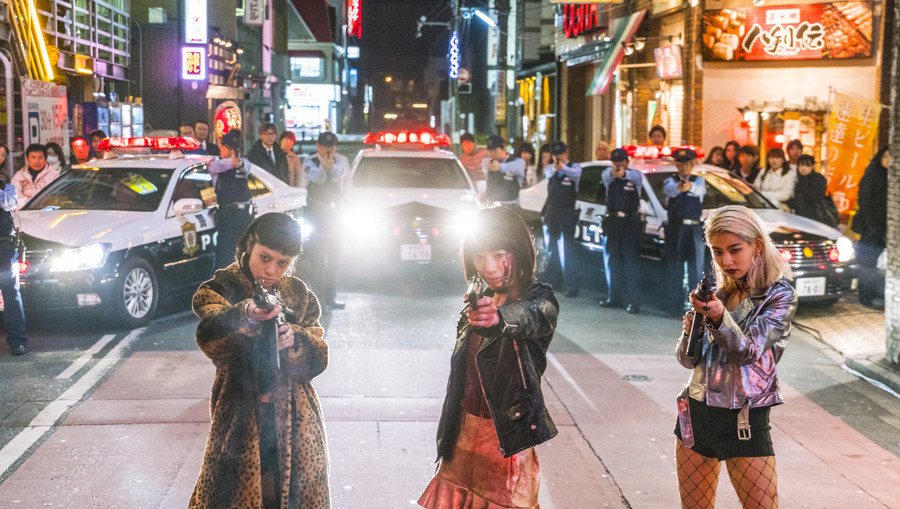 The centuries-long rivalry of the ancient vampire clans set between the continents. Transylvanian dungeons turn out to be connected to the center of Tokyo, where beautifully-dressed people enjoy a surprise party in an exclusive hotel. Little do they know that the hosts have a number of gory attractions in store. Meanwhile, a regular Japanese teenager, Manami (Ami Tomite, known from "Antiporno"), starts discovering her unusual talents.

Sion Sono, the film anarchist, whose retrospective was a part of last year’s festival program, comes back in a completely different style. The spring of 2017 marked the premiere of a 9-episode series the director created for Amazon Prime Japan. In its special, festival version, the action is swift – the audiences can expect grasping editing, gallons of fake blood, shots, glitter, and kaleidoscopic images. The director bends the vampire genre, fairly unpopular in Japan, to suit his own aesthetics, using generous amounts of kitsch, dark erotics, and grotesque humor. But it is not all about the crazy entertainment – the film is also a satire on the modern consumer culture. For Polish audiences, the cherry on this bloody cake is a familiar, Eastern-European note (the film was partly shot in Romania), with the charismatic Megumi Kagurazaki ("Guilty of Romance", "Whispering Star") in the role of Elizabeth Báthory.