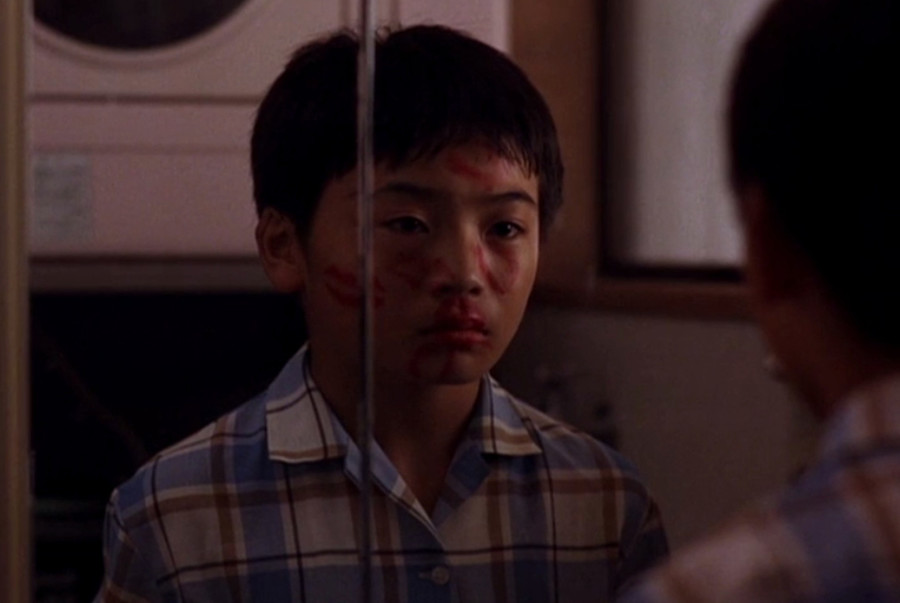 Takashi is 10 years old, has a vivid imagination, and many grave problems. He is pretty good at drawing, but he simply cannot do a back pullover around a horizontal bar, and has to practice it after school. His father spends his entire days looking through a window. Outside, school girls appear from time to time, teasing one of their friends. An elderly neighbor tries to talk the boy into kissing her, but he is more interested in a girl his age, even though she doesn't have breasts yet.

Nakashima's intimate debut is a story of a family, seen through the eyes of a child facing his first frustrations and the magical but terrifying adolescence. The director alludes to the classic Japanese social cinema, such as the works of Ozu or Naruse, but enriches it with some irony and surreal humor. This warm story begins as a banal, nostalgic family film, but soon becomes less conventional and moves towards an absurd grotesque, forecasting the eccentricity of Nakashima’s further works.