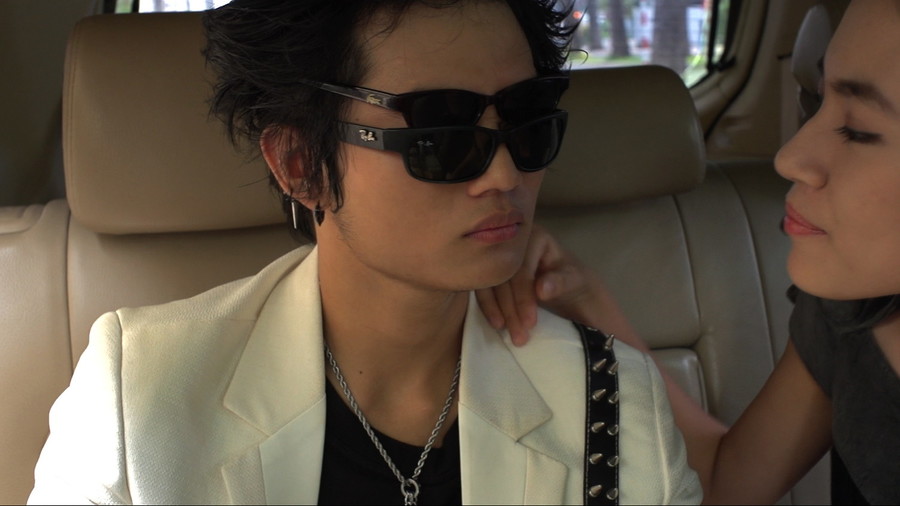 The divorced parents shuffle responsibility for their son. He wants an easy life, without work. Somebody sails through a canal. Somebody rides around the city on a motorcycle. Everyone is here or somewhere else, in many parallel, realistic and meta-cinematic spaces. The streets filled with rustle and trash, a skyscraper, the symbol of wealth and success, standing up provocatively. Circling around without purpose or reason, a flow of incoherent images, a chaotic urban poem.
Passing between different perspectives, and sharp cuts, balanced with prolonged, monotonous sequences. A flood of music, from cacophony to  trans and melodic sounds, competing with the picture.

The multidisciplinary artistic duo shows their reflection on the society of consumption and excess in a provocative, uneasy form. The viewer drops in and out of the narrative rhythm, sails with it just to sink a moment later – a unique experience, a film which stays in your head for a long time.

Born in Hanoi, studied philosophy at the University of Saigon, and history of art and acting in Switzerland. She was also engaged in butoh dance, painting and theatrical directing, producing exhibitions and spectacles in Lausanne and Geneva, among others. She works with Jean-Luc Mello, who records her shows and performances; they made three documentary films together.