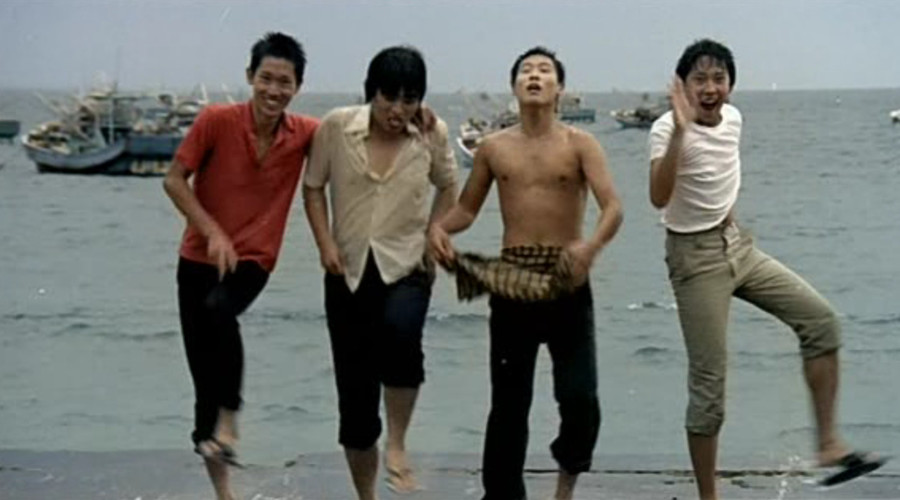 Four friends from Fengkui, a small village on Penghu, an island not far from Taiwan spend their time fooling around. They decide to go to Kaohsiung to earn some money. They are first lost and cheated on in this big city.
They eventually find a room to stay and a job in a factory. One of them, A-Ching falls in love the girlfriend of his neighbour but do not dare to tell her.

Inspired by Hou own's memory, "Boys from Fengkuei" is a coming of age chronicle and a description of rural exile in Taiwan in the 1980s. Far from his form commercial films, full of fashionable people, car and music, this film focuses on the working-class and anti-heroes. This first collaboration with Chu Tien-wen and Edward Yang really marks the beginning of his stylistic change.

Born in Guangdong in 1947, he emigrated with his family to Taiwan. He started his filmmaking career by shooting commercial films, but his encounter with the scriptwriter Wu Nien-jen and the writer Chu Tien-wen changed his style completely. From "Boys from Fengkuei" on, he is recognised and acclaimed all around the world.