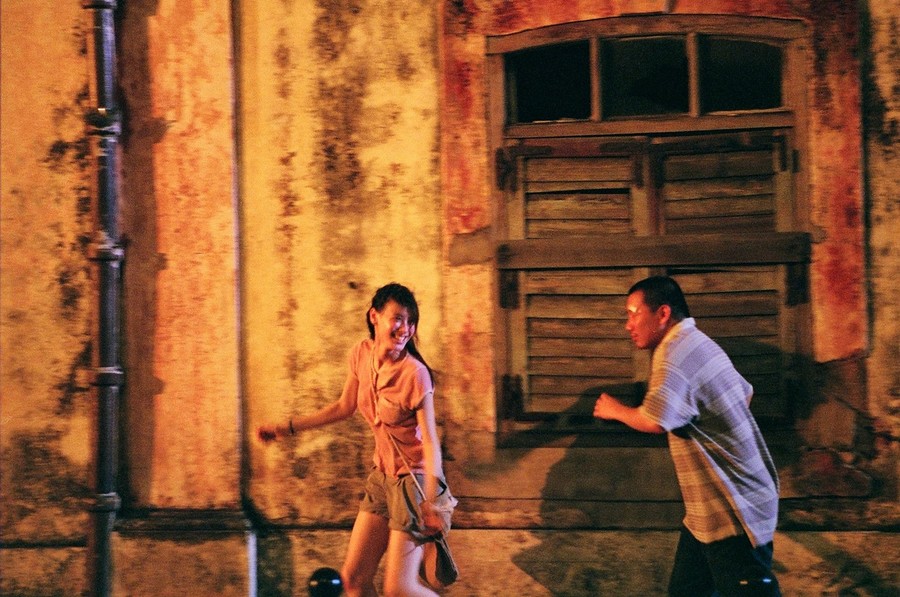 An early film by the director of "Vulgaria", made under the influence of the radiant style of Wong Kar-wai and his set designer, William Cheng.
It is set in Makau, a Portuguese colony with a bad reputation, just before its takeover by China. The image of the city is dominated by greens and amber yellows. The colonial architecture, with picturesque damp patches, slowly falling apart in the monsoon climate, is the background for obscure dealings, gambling, and love affairs.

It is hard to play innocent in such scenery – the silent, 18 year-old orphan is surely not trying to. She sits around in night clubs, looking for the father she has never met. Allegedly, it is the dodgy cop, who once flew away from responsibility and never settled down. The determined girl will bring back his memories and push him in a direction he himself would never choose. The father is played by the director’s favorite actor, Chapman To, and the daughter by a star of Cantopop, Isabella Leong. In the finale, Fado will play and tears will trickle down on a shirt.