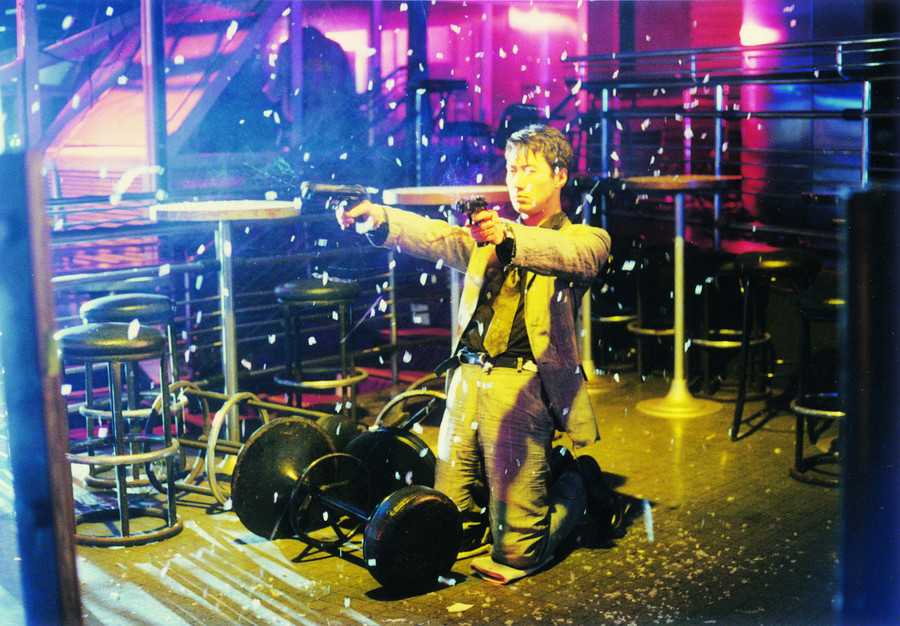 The first film directed by Johnnie To for his production company Milkyway, could be a proud addition to John Woo's filmography. It is thematically and stylistically immersed in "heroic bloodshed", a prevailing genre in the Hong Kong cinema of the 1980s.

Two triads fight a bloody war. Jack and Martin are the best soldiers, protecting their bosses and prepared to die for them. Despite standing on the opposing sides of the barricade, the men have a lot of mutual respect, maybe even fondness – it all comes to light in the legendary sequence of an extraordinary fight in the Saxophone Bar. But when their employers announce a truce, both men become redundant.

"A Hero never Dies" is not just a fiery action film, with meticulously designed gunfights, but also a reflection on the function of a film hero. To, strongly inspired by the classic films of Kurosawa and Sergio Leone, tells a pastiche story of loyalty and betrayal. The director also looks back to pay homage to the cinema which, in the new reality of postcolonial Hong Kong, no longer exists.