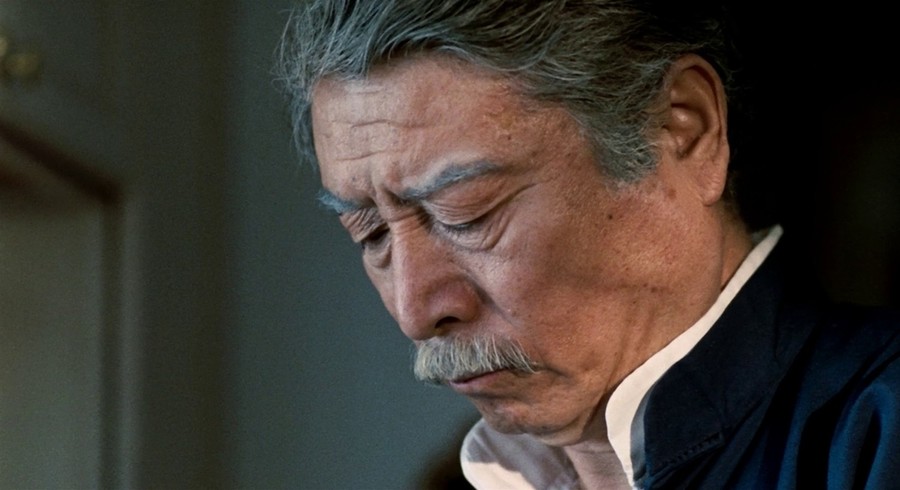 Master Chu, a tai-chi master from Beijing, has just decided to live in the US with his son Alex. Alex is married to an American woman, Martha and they have one son, Jeremy. At home the cohabitation between Master Chu and his daughter-in-law, trying to write a book, is chaotic. Martha cannot stand to have someone at home and Master Chu does not understand Martha's hygiene of life. Alex has to try to comply with everyone. But the day Master Chu does some Chinese medicine on Martha, she reacts so bad that he leaves the house. From that moment on Master Chu has to learn to live by himself and cope with the generation and cultural gap.

This is the first feature by Ang Lee, and also the first of his "Father knows best" trilogy before "Wedding Banquet" and "Eat Drink Man Woman", where he confronts a traditional Confucian father (Lung Si-hung) to the modern way of life of his children. In some ways Ang Lee remains very close to the official conservative Chinese discourse but he also disrupt it in a very subtle way.

Born in 1954 in a family of Chinese immigrants. He graduated from the National Taiwan University of Arts and went on to study film production in the United States. After being unemployed for six years, he received government subsides for his two two scripts. "Pushing Hands" was a local success, but his later films were  internationally distributed, after "The Wedding Banquet" won the Golden Bear Award in Berlin.