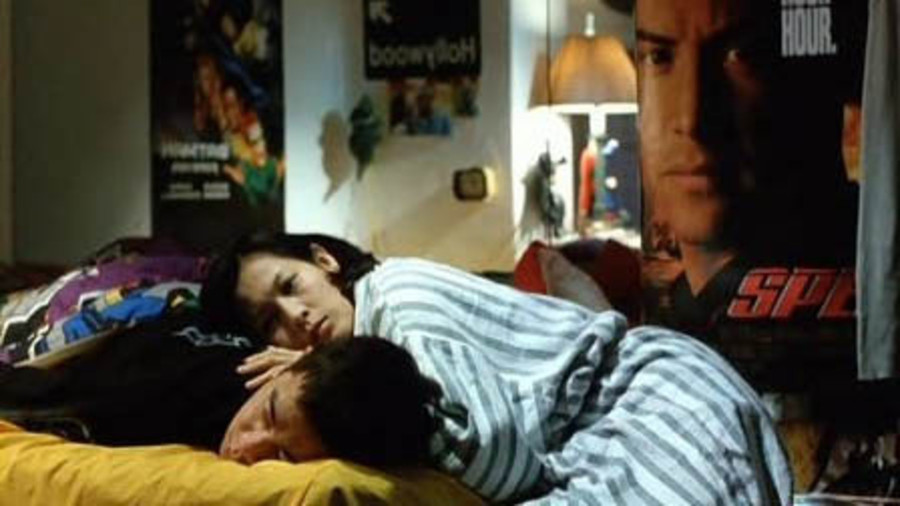 "Tonight Nobody Goes Home" was a Pai Ching-jui's film made in 1969 and in the end everybody was going home. Except for the title and the comedy style, Sylvia Chang's movie is not exactly a remake. The Chen family is a normal model bourgeois family. But around Mr Chen 60th birthday everything seems to start collapsing and the ideal family shows a lot of disturbance: Mr Chen leaves the house to live with a young woman, his wife wants to divorce and also goes away with a gentle-heart gigolo, the daughter is not so sure she wants to get married anymore, the son, always after money, tries another business, a night-club that leads him to bankruptcy.

But all this mess allows the women to take a new start. Sylvia Chang uses the social comedy to introduce her criticism on a society obsessed with money and success. As usual in her film, she adopts a feminist discourse in which the mother goes from her traditional housekeeper role to the one of an independent worker becoming the head of the family.

Born in Chiayi in 1953. She dropped school very early to become a radio anchor and two years later started a career as an actress and a singer. At the beginning of 1981, she started making her own films, often focusing on female characters. She is also a producer and a writer. She starred in almost a hundred films.