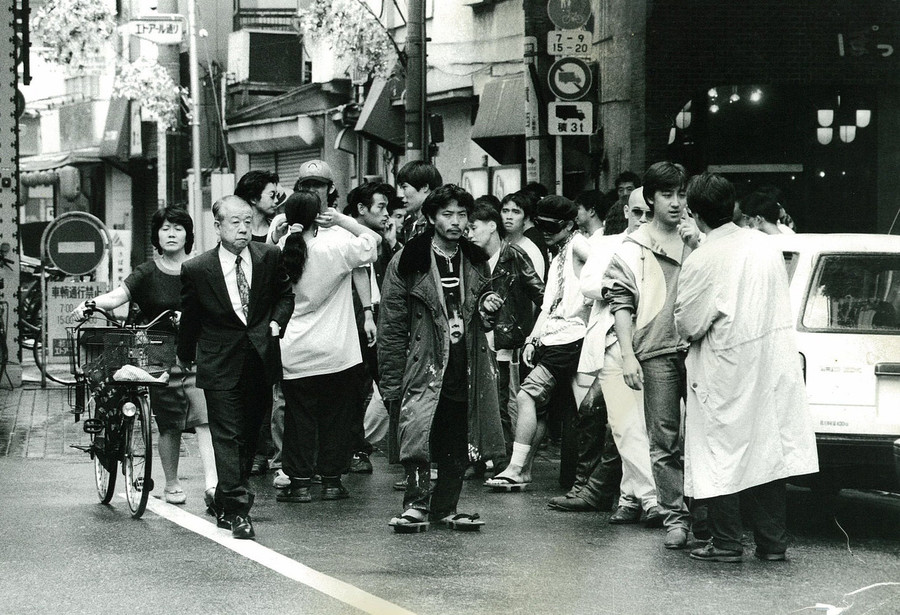 An alternative vision of the end of 1990s. The streets of Tokyo are ruled by two gangs – the nationalist Kamikaze, and Baihubang, run by the Chinese emigrants. A battle over influence, riots on the streets, and mutual insults, are the background of a Shakespearian love story, this time with two Juliets on the opposing sides of the barricade. They are surrounded by a parade of absurdity, colorful characters with unusual inclinations, and a carnival of political and aesthetic incorrectness.

Sion Sono and a group of radical artists, Tokyo GAGAGA, shot over 150 hours of material in 1995, but they run out of funds for the postproduction. Today, the director comes back to the project, which was initially a vision of a near future, rooted in the current Chinese-Japanese conflicts. It was also designed as an alternative for the mainstream, academic cinema, with its propaganda of success, where everything had to be nice, clean and polished. Sono uses radically punk, raw shots, takes over the city landscapes, and records spontaneous dialogues, creating a very ugly picture, buzzing with honest, spontaneous, provocative energy.

Born in 1961, Toyokawa. He published his first poems when he was 17, later turned to making movies. In 1990 he directed his first feature film, "Bicycle Sighs" (Jitensha Toiki). Since then, his work is regularly shown at international festivals. He is praised for radical artistic vision, the ability to combine shocking form with a well-aimed social critique, and his uncompromising film language.