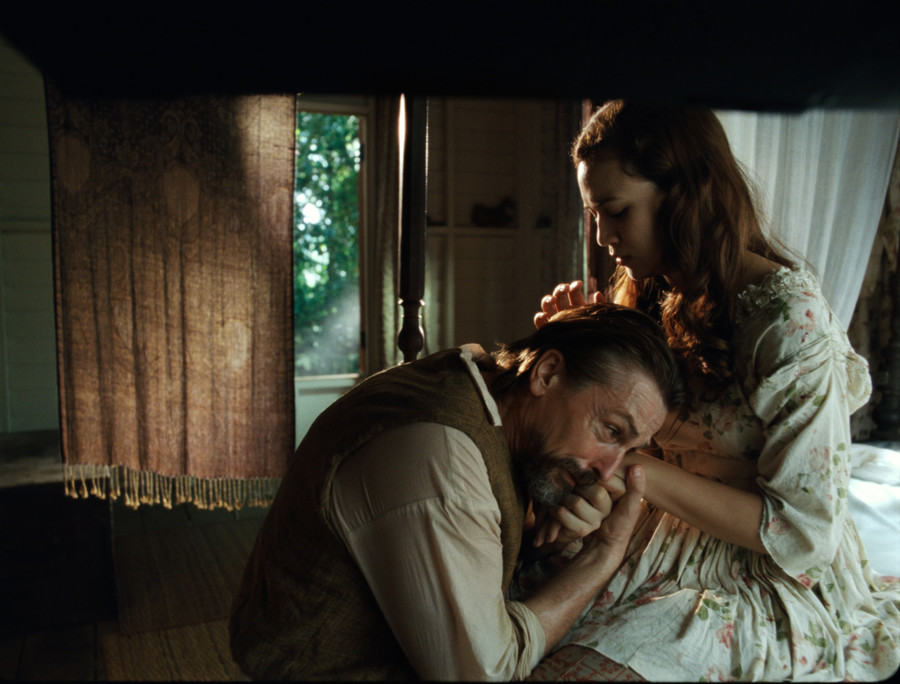 The film is set on Borneo, where Kaspar Almayer, a Dutch river tradesman, decides to settle. This character, full of contradictions, is suspended between two opposing cultures - the East and the West.
Almayer becomes obsessed with the mythical gold, hidden in the mountains, which would ensure wealth and status for his beloved half-Malay daughter, Nina. After years of education, the beautiful girl comes back from Singapore to her father’s house, and falls in love with a young Malay prince, who fights the colonial occupant. The leading roles are played by Australian Peter O'Brien and the star of Malaysian cinema, Sofia Jane, casted as Nina's mother. The director of photography, Arkadiusz Tomiak, is known from Polish productions such as "Symmetry", "Palimpsest: A Hypnotic Mystery", "Daas", "Manhunt", and "The Girl from the Wardrobe".

Born in 1954, Mentakab, Malaysia. A filmmaker associated with the Malaysian New Wave of the 1990s. He studied directing at the New York School for Social Research. He is a member of Film Directors’ Association of Malaysia, and the first Malaysian director whose film, "Kaki Bakar", was presented in the prestigious Quinzaine des Réalisateurs section at Cannes IFF (1995).