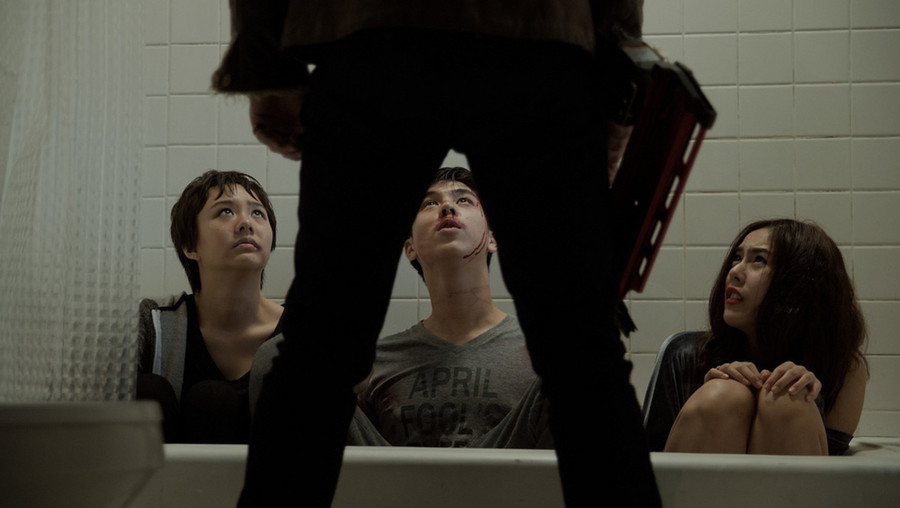 A surreal story of Jack, Bee, and Pam – three young Thais, who share an apartment and enjoy the pleasures of a life in New York. A New Year's Eve party is supposed to be a memorable experience, so they call up a random drug dealer named Jesus. They don't expect that the carefree guest they invited over, will give them a Judgment Day in the rhythm of the New York midnight countdown. Even Pam's fluffy dog will have to confess his sins. Is it only a game, or maybe something more?

A fresh, surprising psychological thriller, skilfully balancing violence, tension and ironic humor. Made with a small budget, in a closed, claustrophobic space, the film is strengthened by an intelligent script and wonderful acting, especially the role of David Assavanond, playing the eccentric, unpredictable Jesus. Thailand is famous for its horrors, usually rooted in the local demonology – Poonpiriya works with a much wider religious context, with an equally excellent result.

Studied directing at Srinakharinwirot University and worked as an assistant of a director in an advertising agency. He studied graphic design in New York, where he also shot a short movie "Countdown", later turning it into his feature debut.