Paco and the Magical Book

Pako to mahô no ehon 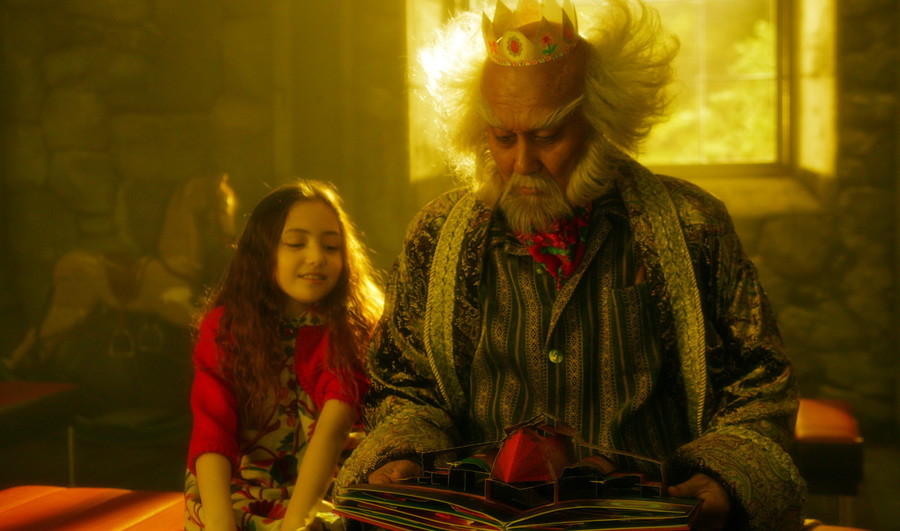 The 10-year old Paco finds herself in a hospital, which looks like the Mad Hatter's dreams came true. Its colorful rooms are inhabited by the extravagant patients, and an equally unusual staff. One of the nurses has vampiric tendencies, the other – a collection of tattoos. The patients include a gangster, a depressed former teenage idol, an adorable transvestite and a gloomy old man, Onuki.
They all have their dark secrets - the protagonist herself suffers from a grim illness and remembers only the present day. Her stubborn joyfulness and the continuous optimism wins her the hearts of other patients and the audience (this debut role of Ayaka Wilson is breathtaking).

Nakashima plays with the genre of family cinema, but his version of the tale is surprising and far from sentimental. The outcast heroes are not the fluffy weirdoes with the hearts of gold, they are an irritating pack of frustrated, egocentric losers. The sugary story is lined with tragedy, and the startling visual effects do not hide the drama, but rather shed a strong light on it. The real fairy tales - if they are to have any therapeutic value - need to show life in its full complexity and tragicomic quality.