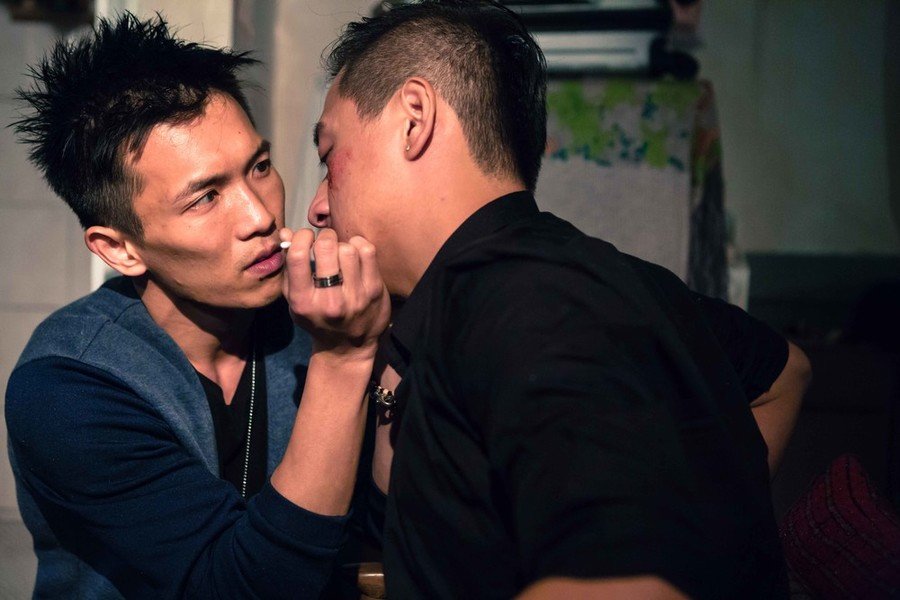 A powerful, darkly lyrical story of two brothers from the outskirts of Taipei. The younger has random off and on jobs, which fuels endless arguments with his constantly drunk mother. The older has just returned from the States, where his boyfriend dumped him. One seeks closeness in a friendship with a young prostitute, who may not talk, but still has the craziest ideas for spending their free time. The other wants to get to show business and dreams about licking his wounds in the arms of a handsome dancer.

In the hands of Chang Tso-chi, this seemingly conventional story about the lives of people from the social margin, grows remarkably strong. The dynamic, non-linear throws us straight into the middle of the city' microcosm. The camera follows the protagonists, watching them during dramatic escalations of feelings, banal, every-day activities, and in the moments of solitude. The intensive, pulsing cinematography takes us through Taipei's nightclubs, small rooms of the plain suburban apartments, the clear air at the city's scraps of nature. The story moves between darkness and light, from hopelessness to the intensive, greedy grasp on life. The film starts with a quote form Li Bai's poem "Bring me the wine" from the 7th century – it's a praise for hedonism and pleasure, but in this context it gains a dark, ironic meaning.

Born in 1961. Before entering the film school, he became an engineer. Worked as an assistant for Yu Kan-ping, Yim Ho, Tsui Hark,a and Hou Hsiao-hsien. His films were awarded at many festivals, including Busan, Tokyo, and Singapore. "Thanatos, Drunk" received several awards at the Taipei festival and ten nominations for Taiwan's most prestigious film awards, the Golden Horses.