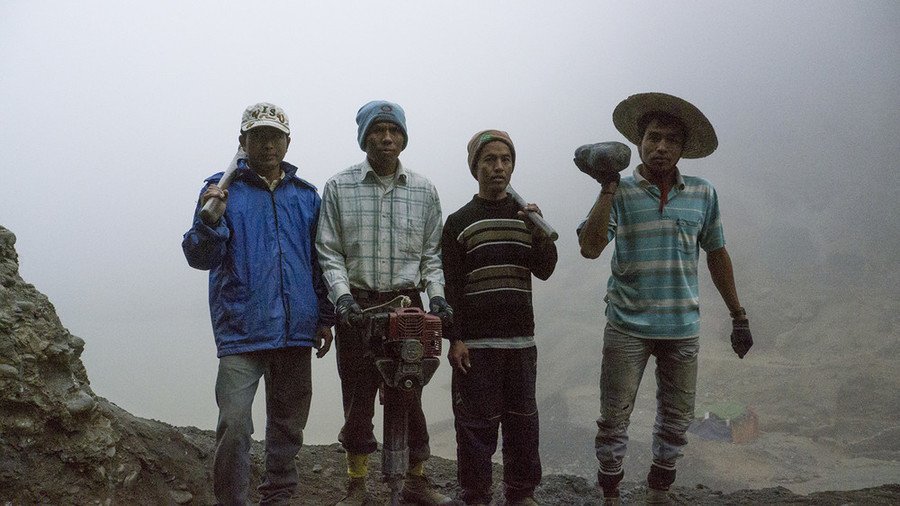 A unique documentary made by a filmmaker familiar to Five Flavours audiences in the mountains of northern Burma. It's a region inhabited by many ethnic groups entangled in a civil war. It is because of the war that the authorities decided to close the jade mines, stretching for hundreds of kilometers throughout the region. Yet the value of the green stone attracts hundreds of workers, prepared to risk their life and health to get it.

The place was too dangerous for the director to travel to for a sufficient period of time, so he gave the camera to the miners themselves, who took the small piece of equipment with them. The footage they brought gives a lively and direct insight in their every-day reality – the hard, tiresome work, adrenaline rushes coming with a hope of a discovery, resting in temporary shelters, serious debates on the flavor of the simple food made together, and calls from children demanding money for a computer course. The director's commentary is made almost solely through the choice of material – this rough, intimate form makes it even more powerful.

Born in 1982 in Burma, in a family of Chinese origins. At 16, he emigrated for work, which he found at the Taiwanese construction sites. Simultaneously, he studied directing. In 2009 he was accepted to the Taipei Golden Horse Academy, founded by Hou Hsiao-hsien, as one of the most promising directors of the young generation. His films, with exceptional insight into the reality of modern Burma, are often shown at international festivals. His last feature, "Ice Poison" was awarded in Edinburgh and Taipei, and became the Taiwanese Oscars candidate. Midi Z was the guest of Five Flavours in 2013.