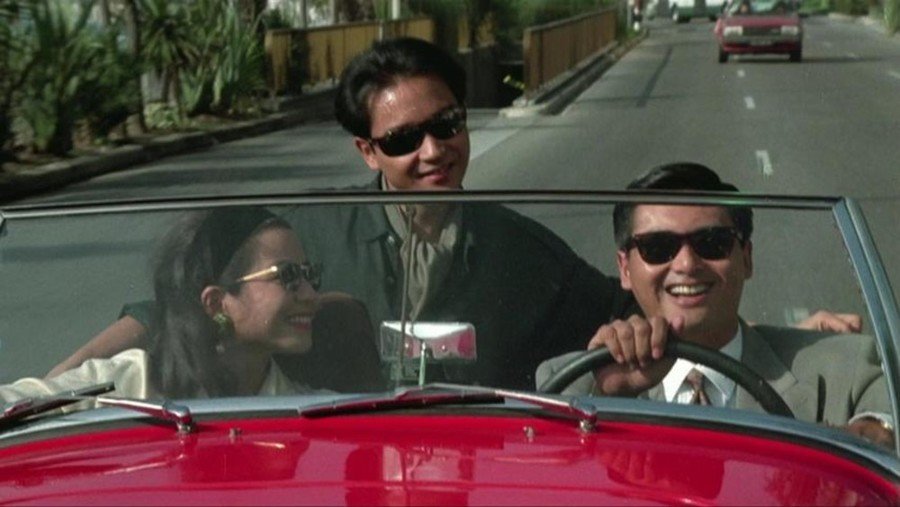 The director whose name is the synonym of powerful action cinema and a funny, light romantic story with a roguish touch set on the French Riviera? Why not. The films made by Woo at that period are his personal journey through genres and conventions. This time he tried out comedy.

The biggest names of Hong Kong film industry - Chow Yun-fat, Leslie Cheung and Cherie Chung, play three orphans raised to be thieves, specializing in art theft. As it often happens, for their last job they pick taking over a certain cursed painting, which gets them in quite a pickle.

Both "The Killer" and “Bullet in the Head” were artistic successes, but did not bring the expected revenue. Therefore, Woo turned towards a lighter genre, to regain the trust and the heart of his audience. "Once a Thief," made in just 10 weeks, turned out to be perfect for the job, revealing the lesser known face of the filmmaker.

There are references to the lighter Hitchcock and "Pink Panther," but also to Truffaut's "Jules and Jim" and Coppola's "Godfather." The humor, often turning into slapstick, is mixed with action scenes and shooting ballets of the highest quality.