Bullet in the Head 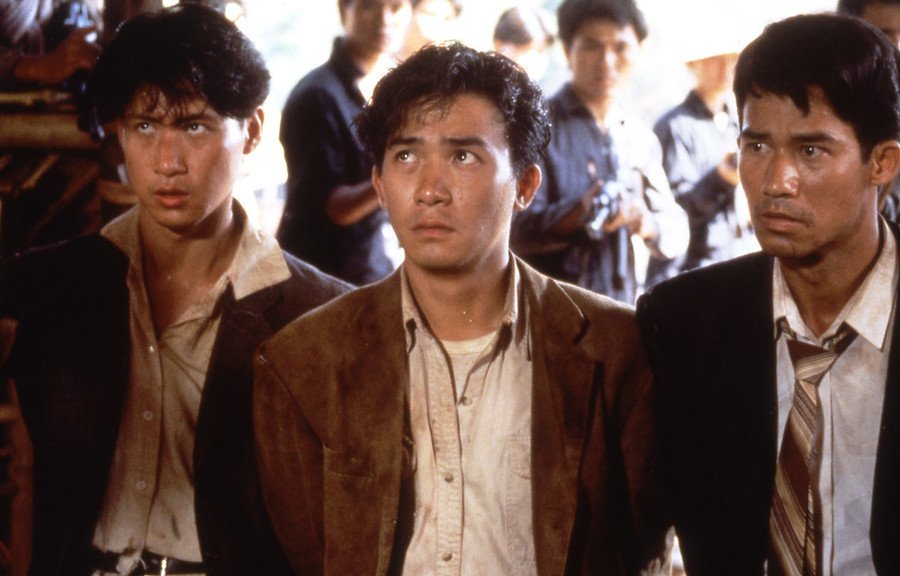 After "The Killer," Tsui Hark and John Woo went their separate ways. Interestingly, both artists decided to make films about Vietnam, but each according to his own vision. Tsui continued the adventure with "Better Tomorrow," making its feminist prequel. Woo's vision was a fresco showing the horrors of war and its influence on the people it impacted. It was, by far, the most expensive picture made in Hong Kong before 1990, and the director had to fund most of the production himself. Without the support of Tsui, a highly influential persona in the Hong Kong film circles, Woo was cut out from other fund sources.

The result is an epic film, very different from Woo's other pictures – moving, very personal, at times autobiographical. It has spectacular, beautifully choreographed shootings, a different king of violence is the most memorable – realistic, painful, leaving its mark on the protagonists' psyche.

The "Bullet" opens with social sequences unusual for the director's work, largely inspired by his difficult childhood. It's 1967. Ah Bee, Fai, and Little Wing, friends from the poor outskirts of Hong Kong, spend their time clashing with an enemy gang. When Fai kills one of his rivals, the friends decide to flee together to Vietnam, ridden by war and chaos. The aim is to avoid death and make a quick dollar on selling deficit goods. But when they are thrown right in the middle of a military conflict, their exciting adventure turns into a nightmare. Surviving in this world is not easy – can friendship and loyalty survive as well?

The film echoes "The Deer Hunter," "Once Upon a Time in America," and "Mean Streets." War sequences were inspired by the iconic images from Vietnam, but the film comments also on the Tienanmen massacre, which took place a year before, and deeply moved the filmmaker. It is the personal approach of the director that made "Bullet In The Head" the humanistic masterpiece, a meditation on the insanity of war.