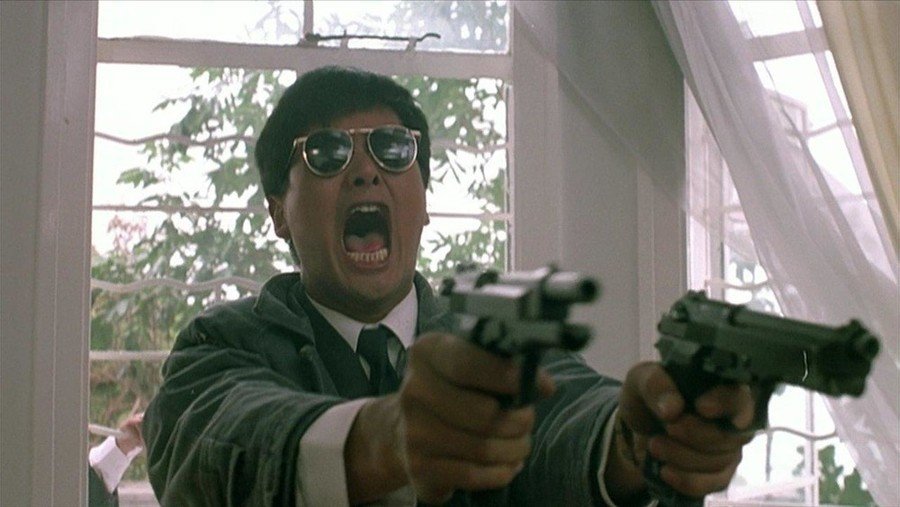 After the dazzling success of "Better Tomorrow", it was only natural to make a sequel – in commercial cinema proven ideas are rarely given up. The same team gathered once again to tell the story of honorable, romantic heroes fighting for justice in the dark, concrete alleys of Hong Kong. Chow Yun-fat, here already a star, plays his role with distance and sense of humor, even commenting on the fashion he started among young Asians after the premiere of the first part.

Although "Better Tomorrow II" has plenty dramatic scenes, the film is much lighter than the original, with more auto-irony and winks to the audience. The plot is more of a pretext and often moves to the background – the action is all that matters. The shooting sequences, especially the final battle with a criminal boss' luxurious villa turns into a bloody ruin, are now considered canonical. Some of them were meticulously remade by the Wachowski in the first "Matrix," clearly pointing out to the source of modern action cinema's dynamics.

Already while working on "Better Tomorrow" Woo started realizing the ideas which were fully developed here, and which turned him into a stylist of Sam Peckinpah's and Sergio Leone's class. Among them are building the reality based on an intensive editing (David Borwell calls it constructive) and an abundant use of slow-motion shots and extreme close-ups.

John Woo likes to say, that for him rifles are no different from swords. It is fully visible in scenes where Ho (Ti Lung – wuxia films star) reaches for white arm, becoming an equal opponent for a band of gun-carrying thugs.