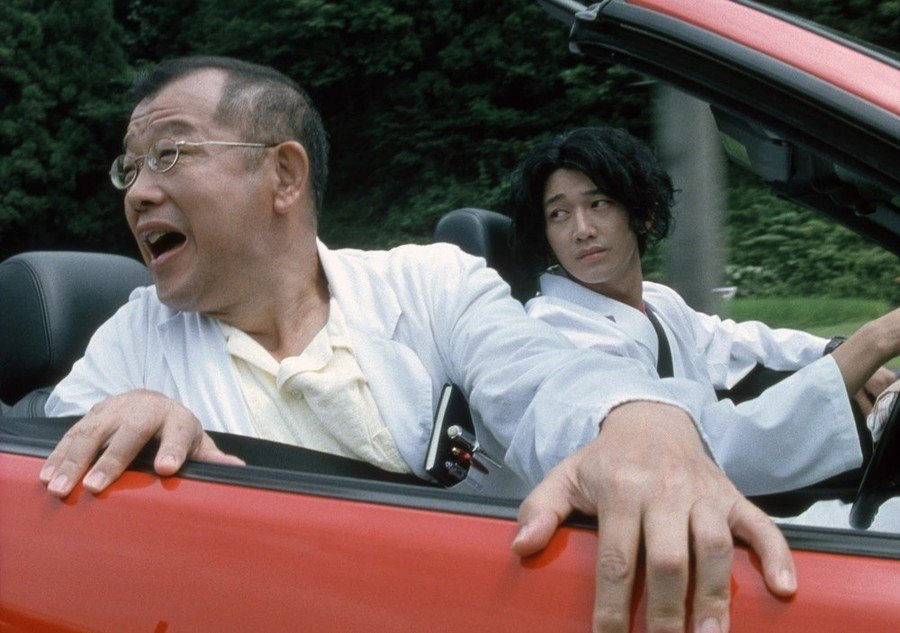 Japanese countryside, a small town surrounded by fields. Medicine student Keisuke arrives for an internship with a local doctor, carried by his youthful optimism and the faith in medical calling, which he doesn't feel in the huge city hospitals. His enthusiasm may be naive, but in the village he really does find a doctor devoted to his patients, who understands the difficult relationship between body and psyche. Yet, his work is more difficult and tiresome than Keisuke imagined. Especially when it comes to more complicated procedures, which the old gentleman seems to have difficulties with. It all gets even more complicated when, one day, the doctor disappears without trace, and the investigation brings more questions than answers.

The dynamic story, filled with humorous accents, at first glance is a warm comedy about a city man observing the provincial reality with delight and surprise. The investigation led by two police officers, though, takes the film to a different level and complicates the narration, revealing information which can change our view of the situation, and raisin the subjects of medical responsibility, the relativity of truth and lies, and the consequences of acting against the rules, though in good faith. The brilliant script is accompanied by beautiful cinematography and a jazzy soundtrack by More Rhythm.