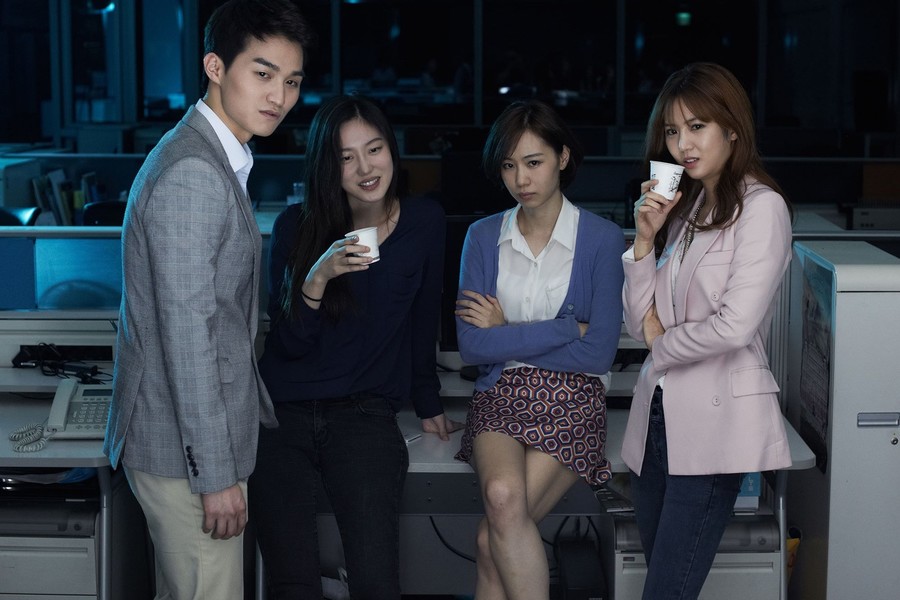 A small, ordinary office: white collars, piles of papers, every nose stuck to its own screen. Se-yeoung, a quiet, lost intern, gets a task from her self-assured manager, Yi-seon. To the delight of her colleagues, she talks back to her supervisor and offers a bet – if she doesn’t finish the task before the evening, she will cut off her own finger. And if she does, Yi-seon will have to do the same thing. But when the two of them are alone after work, the joke is grows terrifyingly real. Who is manipulating who? Who will have the last word? And who is this weird girl with no sense of humor?

The corporate environment turns out to be a great background for a psychological thriller: anonymous employees, gossips coming from who-knows-where, an atmosphere of suspicions and the struggle for power. The director uses minimalistic means to build up the tension, one by one revealing the mysteries hidden in the characters' pasts. The precise, looped script is inspired by Korean and Japanese horror (with special thanks to Takashi Miike’s “Audition”), and Park Ju-hee in the leading role masterfully combines innocence with terrifying cruelty.

Born in 1975. Worked as an assistant director in several productions, wrote scripts for short-feature films and music videos. "The Wicked" is his full-feature debut.