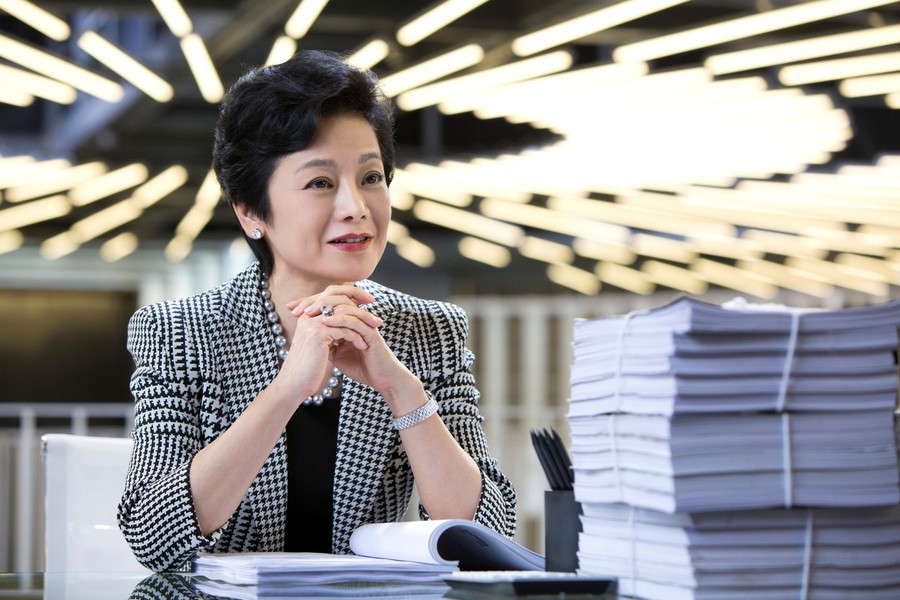 A daring musical created by the expert in action cinema, Johnnie To, and the legendary actress and screenwriter, Sylvia Chang. A young man with excellent qualifications lands a dream internship in a gigantic corporation - his first task will be to get to know the types of teas and coffees enjoyed by the board members. He is joined in the rat race by a beautiful and mysterious Harvard graduate. The bright future seems almost within reach, but the market crisis and the schemes of greedy managers loom on the horizon. Chen herself plays the queen of the financial intrigues, and Chow Yun-fat, as the boss of it all, for once impresses with his wallet, not with his muscles.

The music, composed by the guru of Chinese pop music, Lo Dayu, balances between the melodies from chocolates commercials and the pathos of working class hymns (though the choral chants are now carried on not by the spirit of revolution, but by the obsessive consumptionism). To uses a theatrical, spectacular scenography made up of endless metal stairways, express elevators and cubicles flooded by neon-blue lights. In those surroundings the Excel files and piles of economic reports assume a surreal character, and the every-day toil necessary to pay off the mortgage and buy a new Hermès bag becomes almost a Shakespearean drama. With a pop soundtrack.

Born in 1955. Producer, director, and screenwriter of films from many genres and styles. Known mostly as the guru of action cinema, but his work also includes romantic comedies. A cult author awarded at many festivals, a model for filmmakers such as Quentin Tarantino, praised for the ability to combine apt social observations with dynamic picture and unconventional narration.