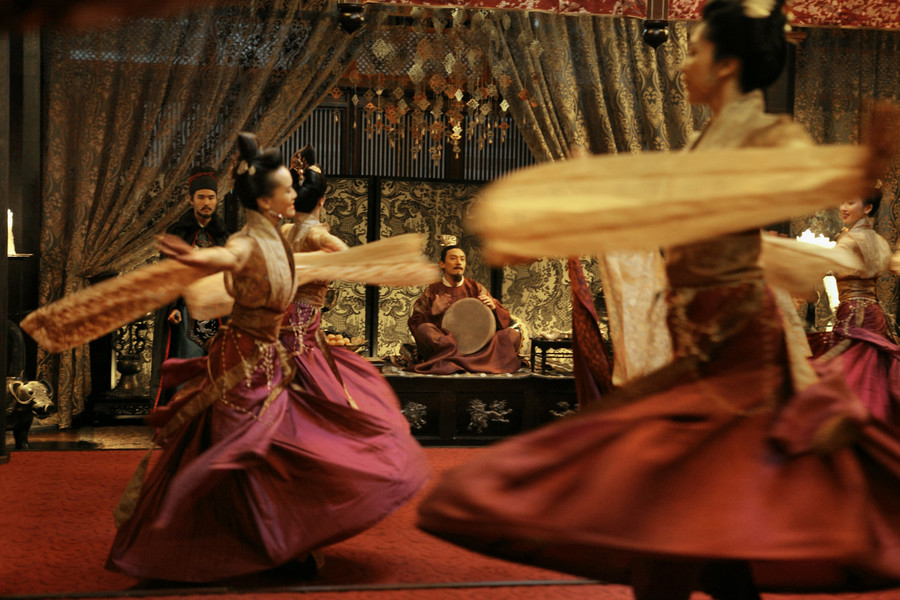 Wuxia is one of the most spectacular genres of Asian cinema. Hou-Hsiao-hsien is the master of intimate stories and introspective narrations. This risky combination turned out to be a shot straight into bull's-eye. One of those shots that fly deadly quiet between the bamboos and get the unsuspecting victim right in the heart.

China, Tang dynasty era. A 10-year-old girl is sent to a convent where she is trained as an assassin. Years later she returns to her homeland with a secret political mission. Her loyalty will be put to a test – her target, the prince, grew close to her heart. The director shows this classic court scheme in an original way, with extraordinary awareness of the narrative structure.

The most important parts are the margins, backgrounds, and the waiting – all the things that editors cut out to keep the action swift. Hou dissects this story of honor, betrayal, and loyalty into details - the looks from behind the curtains, encounters seen from afar, moments of silence suspended between words. When tension is built out of those elements, every event grows heavy with meaning – you don't need dozens of warriors flying on ropes to enchant the audience.

There will be plenty of fighting, though – their refined choreography is an intrinsic element of the reality we dive into. Mark Lee's dazzling photography certainly helps with the transition, contemplating both the natural beauty of the mountains and the splendor of court costumes. The latter have been designed with outstanding historical accuracy, without exaggerations, and are the only element firmly setting the audience not in a world of fantasy, but in the palpable, solid reality. The director spend years analysing the classic wuxia novels and reconstructing little details of Tang's dynasty everyday life. On many levels, Hou balances innovative solutions with a tribute to the classics of the genre: the frames retain the academic proportion of 1:33, but the avant-garde use of music transgresses historical and geographical boundaries, providing the well-known story with an unexpected context.

It was worth the wait. The film, which Hou Hsiao-hsien started planning over two decades ago, was a sensation on international festivals and was widely praised by genre experts. Without doubt it is a film to which we will be looking back to for years.

Born in 1947 in China, raised on Taiwan, where he graduated from National Arts Academy. Received many awards for best director at the most important film festivals (Cannes, Venice, Taipei). One of the key members of the Taiwanese New Wave.