Hotel by the River 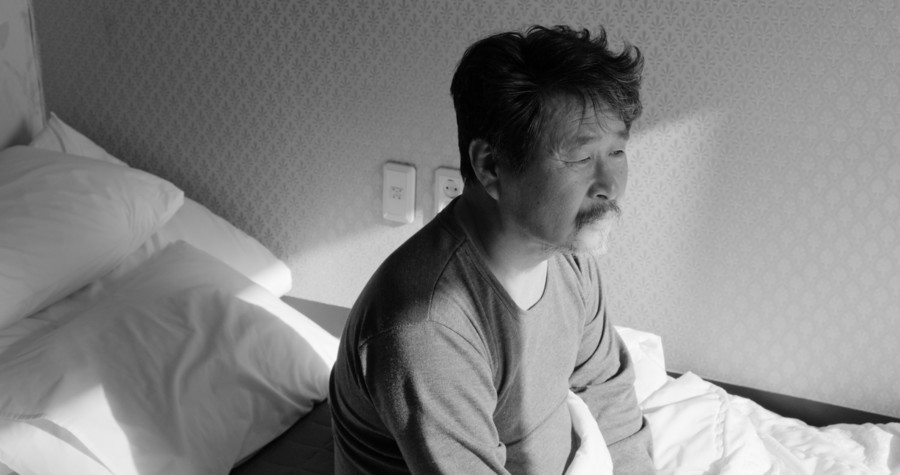 In the middle of the winter, an older poet arrives at a secluded hotel by the river Han. He feels he is coming to his end, so he asks his two adult sons he lost touch with, to come and meet him. Meanwhile, a young woman rents a room in a hotel to run away from an unrequited love and cure her bruised heart. She asks her friend to come for moral support. The poet and his sons keep passing themselves by, unable to meet in one place, even though all three of them want to get an explanation and sum up their relationships. When the poet sees the two friends walking in the snow, he thinks he found the answer to his troubling feelings.

Hang Sang-soo's films have a distinct auteur touch. He bases his scripts on long talks and awkward communication situations, which turn into insightful comments on the Korean society, and especially its families and romantic relationships. The characteristic visual style, inspired by the cinema of the French master, Eric Rohmer, engages the audiences and invites them them for long walks with the protagonists and into their conversations.

Born in 1960, studied at the Chung-Ang University in Seoul, California College of the Arts, and the School of the Art Institute of Chicago. At the age of 35, he finished his feature debut, "The Day a Pig Fell Into the Well," which met with critics' and audiences' acclaim. Since 2008, Hong Sang-soo makes two or three films a year, using his distinctly auteur vision to comment on the Korean society, focusing on the relationship between men and women. His films were screened at the biggest international festivals. In Cannes, he received an award in the Un Certain Regard section for his "Ha Ha Ha" (screened at the 5th Five Flavors). In 2015, he received the Golden Leopard at Locarno IFF for directing "Right Now, Wrong Then."