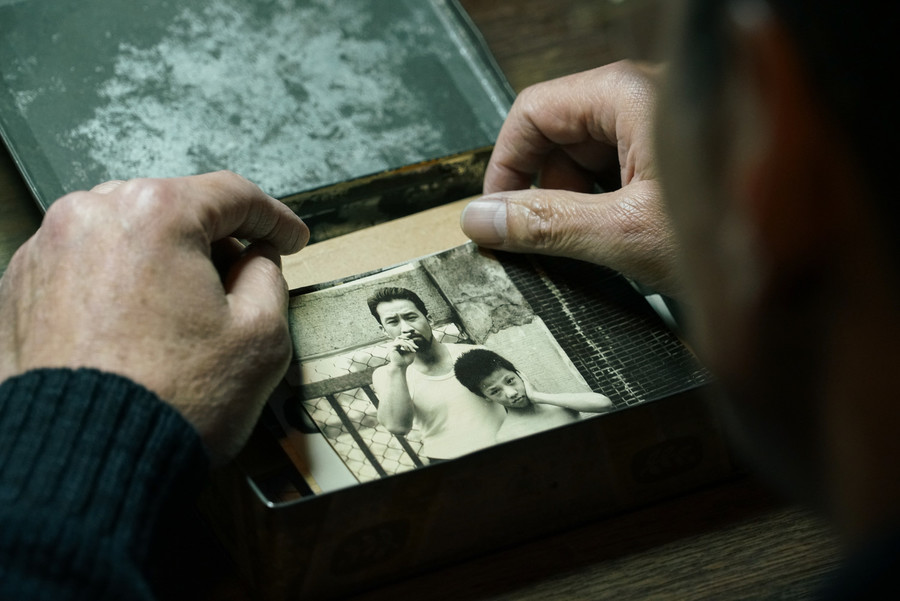 Van Pao-Te, 60 years old field engineer and tool store owner, finds himself suffering from a serious illness. Instead of getting treatment, he leaves Taiwan provincial town of Chiayi and decides to go to Japan to look for his father who abandoned him 50 years ago. Accompanied by his own son, the main character reflects on family ties and life experiences. At the same time, a young man from Hong Kong who is somehow related to Van Pao-Te’s past comes to Taiwan. Two unknown journeys of self-reconciliation begin.

Hsiao Ya-chuan constructs two paralel plots, presenting the web of family ties streched in time, from the 1960s throughout 1980s up until now. It reflects relations between Taiwan, Japan and Hong Kong that, looking from historical and social perspective, remain close and tightly interconnected, because they are based on frequent family migrations between these three places. In "Father to Son" the director contemplates on the future of an individual, that also reflects the generational experience and contemporary social phenomenons in Taiwan.

Born in 1967 in Taiwan, Hsiao Ya-Chuan graduated from the Fine Art Department of the National Institute of Arts. He begun working with Hou Hsiao Hsien, first as an assistant director while shooting "Flowers of Shanghai" (1998). Then Hou served as an executive producer of Hsiao Ya-chuan's works. Hsiao's first feature-length film, "Mirror Image" (2000), was selected in the Director’s Fortnight at the Cannes in 2001 and won numerous awards, such as Best Film and Best New Director at Taipei Film Festival. His next feature film "Taipei Exchanges" (5th Five Flavours opening film) was commissioned by the Taipei City Government and met with big domestic and international success.