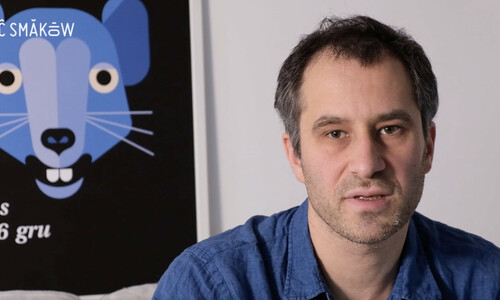 When a bedsore appears on the body of a bedridden old lady, the life of her three-generational family suddenly becomes very complicated. The woman’s husband does not take the matter too seriously, but her kids suspect the caretaker,
Yu Soo-ok, an illegal immigrant from China, has been neglecting her duties. Intergenerational, social and economic dependencies, hidden prejudice and egoism slowly start coming to the surface, inflaming the situation even further. Can they cure their relations or will they need to resort to drastic measures?

"Bedsore" is an enticing and disturbing family thriller, slowly but steadily building up inner tensions. Just like her beloved Mike Leigh, the first-time director inspects family relations with talent and consequence. Her findings turn out to be pretty grim and paints a pessimistic picture of the Korean nation, stuck in a permanent stupor.

As a director and scriptwriter Shim Hye-jung mainly works on performance and film work. Her experimental films include "Lost voices" (VR, 2017), "Carnival" (2016), "Searching for Nasi Goreng" (2016), and "Dancing Hunter & Rabbit" (2014). She also directed a documentary film, "The Camel and The Arab" (2013). Her film dramas include "Kimchi" (2012), "Heels Over Head" (2015) and "Camellias in bloom" (2016). The films were presented in Seoul International New Media Festival, Jeonju International Film Festival, Seoul Independent Film Festival and many more leading film festivals in Korea. In 2017, "Camellias in bloom" was nominated for the short film competition in The 38th Blue Dragon Awards.