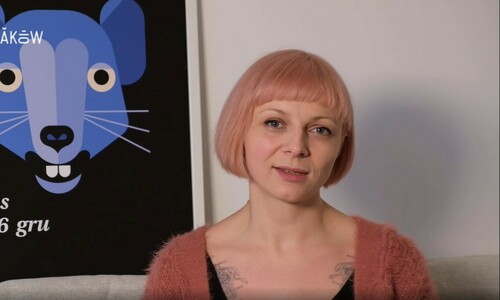 Hae-su is very well-organized. She has no choice – she has several part-time jobs, and the minimum-wage employees are easy to replace. One evening, as she comes back home exhausted, she finds out her tiny shoulders will be burdened with yet another, particularly disagreeable, responsibility. Some calls will have to remain unanswered, and some documents quietly censored.

This half-whispered story is a journey through the mundane world of institutions, trying to fit people's real dramas into forms and insurance companies rule books. There is something hypnotic in the rhythm of Hae-su's actions – the backbone of the story is not the woman's secret, but her visits to a series of identical offices and the paths she is beating through the side streets of the city. There is no escalation of emotions here, although they can be felt in every minute of the film. The director builds his rough tale somewhere in the middle of a noir crime story and a Kafkaesque social cinema. This debut feature of the writer of "The Flu" is
a demanding film that stays with the viewer for a long time.

Born in 1978, graduated from Hanyoung High School in Yeosu and from the Department of Newspaper Broadcasting at Woosuk University in Jeonju.
He’s been a writer for various shows including "Manners In Battle" and "The Flu".
In 2011, he directed a short film "My Neighbors", which criticized the high suicide rate in Korean society. "Dust and Ashes" is his debut feature film.