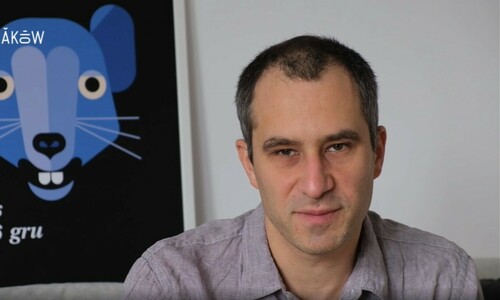 Miso is a very unique person, and she is going through life on her own terms.
For her, the two most important things in the world are a pack of cigarettes and
a glass of good whiskey. She can give up everything else if she has to. He will have to make this decision very soon – as the price of her favorite cigarettes goes up, and so does the rent in her shabby, cold apartment, Miso quickly makes up her mind and… gives up the roof over her head. Searching for a place to crush, Miso visits her old friends. They used to be in a band together, but now everyone else gave up on their teenage rebellion and settled down. Will they take in the person they used to be so close with? Are they happy? Miso will have a chance to find out, as she sets out on a journey through Seoul and the homes of the "normals."

"Microhabitat" was born out of the director's outrage with the high prices of apartments in Seoul, which affects the situation of the young generation of Koreans. But the film is not filled with anger. It is a melancholic urban ballad, full of brilliant, eccentric humor, talking about the difficulty of keeping one's individuality in a clash with rigid social norms and the economic realities of living in
a developed country. Jeon Go-woon's steady-handed debut was created as
a cooperation of the independent Gwanghwamoon collective.

Born in 1985, first graduated from the film school of Konkuk University before studying filmmaking at the Korea National University of Arts (K’ARTS). She made her directing debut in 2008 with a short titled "Too Bitter to Love", which received the First Prize at the 11th Seoul International Women’s Film Festival. At K’ARTS, she ended up participating in the script and the production of "Sunshine Boys" (2012) by Kim Tae-gon. This successful association of several K’ARTS students motivated Kim and Jeon to create GwangHwaMoon Cinema, an independent collective of filmmakers aimed at helping each other debut in the industry. This group went on to be well known on the festival circuit for the consistent quality of its productions. Her first feature film, "Microhabitat" (2017) was met with critical acclaim and had a long festival run, after being first presented at the Busan International Film Festival.