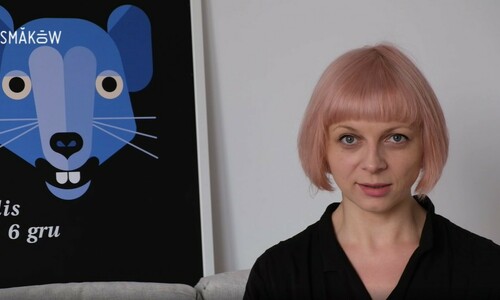 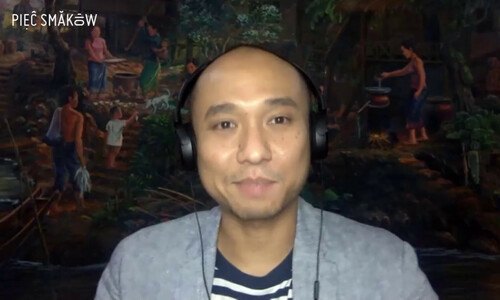 A granddaughter and her grandmother from a tiny village finding a connection through the love for their home land. Young people looking for advice in
a monastery filled with flashing neon lights. A grim game played by two siblings fighting for their mother's corpse. A symbolic novella film about a near future whose plots are connected by the scenery – the surroundings of one of the biggest Asian rivers, whose banks are inhabited by sixty million people. It is
a reflection on its current situation and the need to look after the ecosystem of the region, and a unique insight into the world dependent on its resources, including some communities which have never been captured on film before.

An avant-garde science-fiction mosaic with no special effects, filled with the reflection on the consequences of the changes currently happening in the region, is a unique project by a number of directors from South-East Asia – Anocha Suwichakornpong (Thailand), Anysay Keola (Laos), Sai Naw Kham (Myanmar), Kulikar Sotho (Cambodia), Pham Ngoc Lan (Vietnam). Two of them are already familiar to Five Flavours audiences – the program of the 4th edition included
a retrospective of films by Anocha Suwichakornpong, one of the most interesting filmmakers of the Taiwanese New Wave, and "The Last Act" by Kulikar Sotho was presented in the competition section of the 9th edition. The filmmakers used simple, metaphorical forms talking about people's relationship with water –
a source of life, a travel route, a source of nourishment and creative inspiration, and an element of the spiritual trail.

Born in 1973, grew up during the Red Khmer regime. Co-owner of Hanuman Films, producer of numerous documentaries and feature films. She worked with films such as "Ruin" (2013) awarded in Venice, or "Lara Croft: Tomb Raider" (2001), as well as BBC and Discovery programs. "The Last Reel", her directorial debut, was shown on 9. Five Flavours.

After studying in Australia and Thailand, Keola directed the screenplay he wrote for "At the Horizon", which turned out to be a major international success of Lao Cinema. He is co-founder of Lao New Wave Cinema Productions, a production company that aims to strengthen the creative sector in Laos.

Born in 1976, she graduated in Cultural Studies in the UK and in Film Studies in the USA. One of the most recognized contemporary Thai directors, associated with Electric Eel Films, an independent production company founded in 2006 in Bangkok. In 2017 she co-founded Purin Pictures, a film fund supporting independent cinema in South East Asia. Director of two feature films and
a number of shorts and artistic installations, she focuses on the socio-political history of Thailand.

Vietnamese artist, studied architecture and spatial planning. Before joining the project "Mekong 2030", he directed three short films, two of which were shown in the Berlinale short-films competition. He is currently working on his feature debut, developing the project titled "Cu Li Never Cries".

He grew up in the north of Burma, in 2007 he moved to Rangoon. He studied chemistry, then worked as an editor for Charr Music Production. In 2014 he entered Yangon Film School and directed the short film "The Crocodile Creek".
His following film was a poetic documentary "32 Souls".