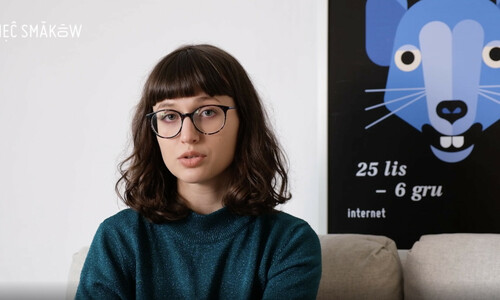 Manabu is running his family farm in the Shimane prefecture, by the beautiful Takatsu river. Even though he lives among its idyllic landscapes, he is not free from worries. His son skips rehearsals of the kagura dance, and the father starts worrying about the survival of the local tradition.

Yoshinari Nishikori's multidimensional film does not shy away from portraying real issues faced by local communities, showing phenomena such as the increasing urbanization and the aging society. But it is the insight into the customs cultivated throughout the centuries that makes his film unique. One of its important elements is kagura – a dynamic, expressive spectacle through which Shintoist gods are praised. Its roots go all the way back to the ancient times, so the shows are often based on stories from Japanese mythology. But the key part of the tradition is creating intergenerational bonds through being and acting together. This warm, nostalgic portrait of rural Japan reminds us of the importance of collective support and care, crucial (not only) for small communities.

Born in 1962 in Shimane prefecture. Director and screenwriter. His films were shown at many festivals, including Montreal World Film Festival, Kinotayo Film Festival in France and Tokyo International Film Festival. Has a reputation for descriptive power and soft visual beauty that captures casual everyday life.