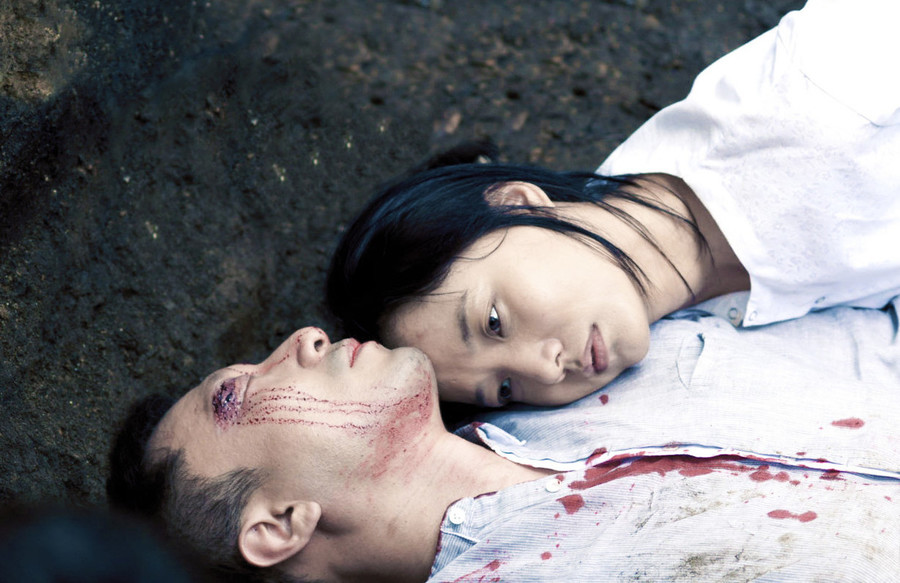 A heated border zone between China and Burma, drug smuggling, warfare between gangs and the police. During a shootout, a gangster takes a little girl hostage. Their fates will be bound for much longer than they could expect.

Despite the action-oriented outline of the plot,  Er's film is, in fact, an exquisite, tense psychological thriller, with unexpected distribution of emphases. The minimalistic dialogues, restrained acting, an the precisely composed shots, create an atmosphere of both suspense and melancholy. The narration moves between the past and the present, constructing a complex emotional knot the protagonists are entangled in. Apart from the geographical border, the director is also interested the mental, cultural, generational, and legal divisions. His reflection is bitter – the international reviews repeatedly wonder how such critical film could have been made in China. But the picture opens a possibility for multiple interpretations, not restraining itself to local politics. Its nameless heroes, at the same time symbolic and very realistic, create a story of a far more universal dimension.

Graduated from the Film Academy in Beijing in 1999. After finishing his studies, he made "Criminals", and a couple of years later a well-received psycho-thriller "Unfinished Girl". He is a director, screenwriter and editor of his films.