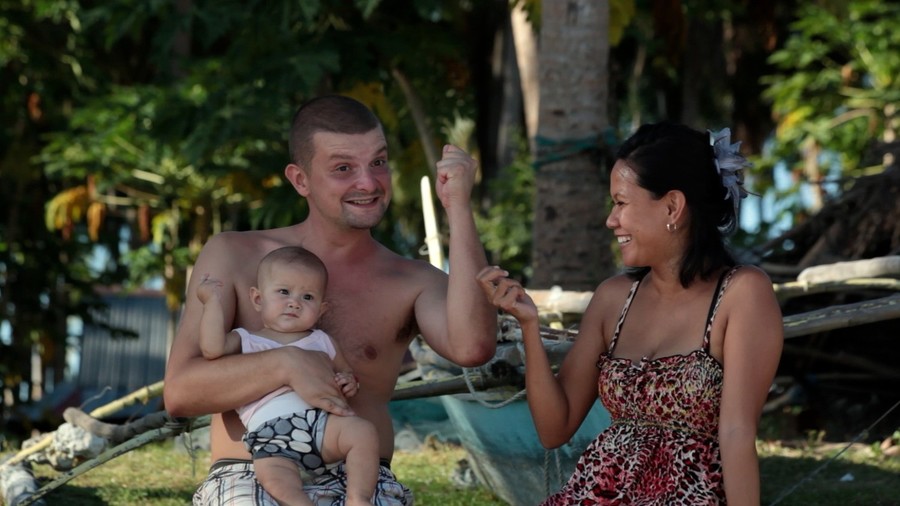 A small Filipino village by the sea, with picturesque views, simple people, shamanistic rituals, fishing boats, and traditional social structure, where the modernity seems to be a marginal phenomenon. This is the new home of Grochu – a Warsaw-born member of generation which emigrated to the West in pursuit of job opportunities. But the protagonist of the film, made by two Polish artists, decided to travel in an opposite direction, to lead a simple life in a humble community. But although after such introduction the viewers may expect a story of a stereotypical nature enthusiast, or a traveler looking for the meaning of life in the Asian jungle, they are in for something completely different.
"The story of Grochu" is a surprising picture of the encounter between the polish mentality and a radically different culture, funny and bitter at the same time. The authors do not judge their main character, and do not try to make him a part of a pompous narration, and let him present his way of life. But between the lines of his simple story, lie many questions about the intercultural, unequal relations, conflicts, values, and life choices.

Polish artist Grzegorz Drozd i Alicja Łukasik have been leading the Change in Traffic Organization project for 10 years. "The Story of Grochu" is one of the episodes of a cycle entitled "A Diary from the Bushes", made during their two years-long journey through South-Eastern Asia. After the screening, the directors will talk about their project and their fascination with Asia.

Born in 1970, Lublin, Poland. Between 1992 and 1995 he studied at the Art Division of Maria Curie-Sklodowska University in Lublin, graduated from the Painting and Sculpture Divisions of the Warsaw academy of Fine Arts in 2007. In his works, he often follows the mechanisms of organization and control of the city life mechanisms. In the project Change in Traffic Organization, which he courated with Alicja Łukasik, he initiated urban events, in which he and a group of young artists were reffering to different aspects of the life in contemporary Warsaw.

Born in 1975, Radom, Poland. Graduated from the Art Division of Maria Curie-Sklodowska University in Lublin. She is interested in the relation between art and space in which it is located. Her works are made with the use of a camera and a computer.