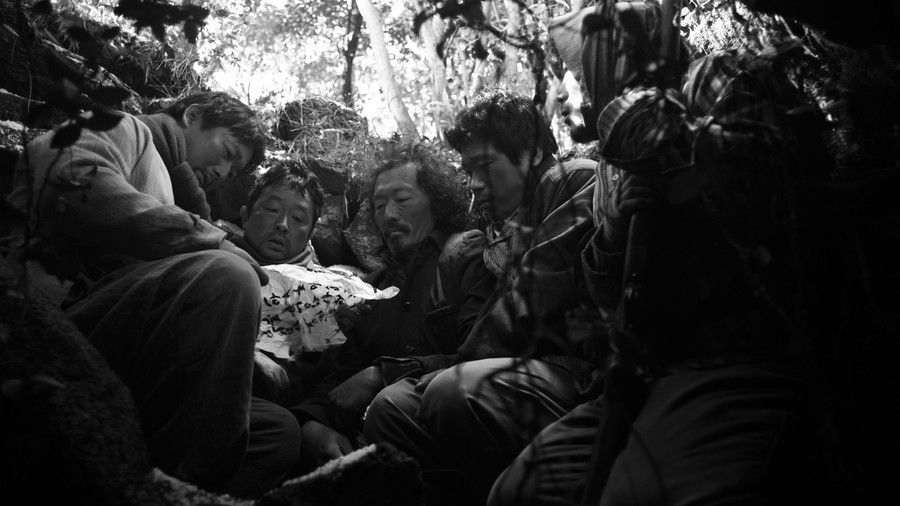 1948, a village on Jeju Island, where a small communist uprising recently took place. The island is taken over by the army, faithful to Seoul and the American allies. The authorities force the inhabitants to leave – whoever stays will be treated as a communist and a rebel. The army can shoot anyone who disobeys the orders.

A group of simple villagers doesn’t want to leave all their possessions behind. They hide from the army in a cave, gathering the necessary provisions ("jiseul" means a potato, their basic food supply). The story of the people in hiding is juxtaposed with the fate of the soldiers who chase after them. They are all simple people, whom the history threw into the middle of a conflict they don't understand.

The film is based on historical events, the roles of the villagers are played by the inhabitants of the island, who speak their own dialect. This anti-spectacular film, shot in black and white, using the poetics of absurdity and cruelty, works over a trauma of the civil war, which, even after 50 years, still divides the nation. The conflict is shown from a socio-geographical perspective peripheral for the mainland Korea.