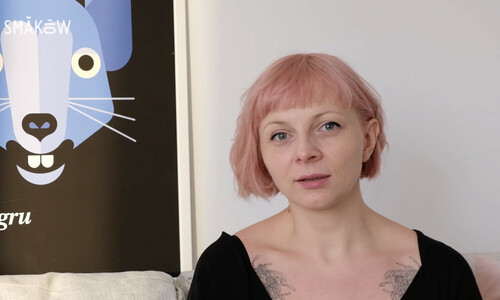 The avid gamer Emi draws her friend Hiroshi into a dangerous game, hacking the console and the VR set to physically experience the consequences of their actions in the virtual world. Armed with samurai swords, the protagonists have to stand up to malicious artificial intelligence in a fantastical-historical staffage.

Geimu is a unique live-action VR experience created not in 360, but in 180 degrees. Limiting the viewer's freedom is an intentional reference to the aesthetic of First-Person Shooter (FPS) games. Filled with techniques bringing to mind the mechanics and aesthetics of RPG and FPS games, Geimu explores the borderlines between the cinematic and the gaming uses of VR. The person performing the action scenes we are watching from a first-person perspective is Kouken Sugiura – a Japanese actor trained in classical horseback archery, sword fighting, and martial arts.

A Japanese-American bilingual writer, director and producer based in Japan. He started his career in New York as a freelance filmmaker shooting television interviews and doing field shoots, filming reality tv pilots, and directing music videos, product promos, tutorials, short films and theatre. In 2012 he launched the YouTube Space Tokyo, where he set up a production environment that helped creators elevate their video skills. In 2018, he returned to his passion, filmmaking. He is currently working in Japan in both traditional video/film as well as live-action VR. He is very passionate about Japanese period pieces.