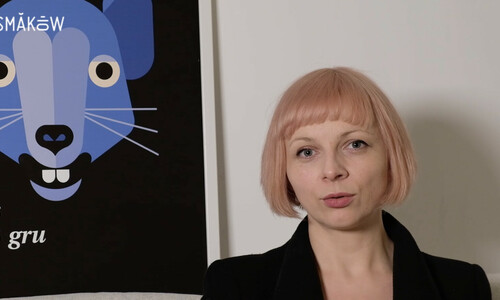 The Tag Along VR - film introduction

"Tag Along" is a series of horror films scaring Taiwanese audiences since 2015. The central character of the cycle is a moshenzi – a demon born in urban legends, looking like a little girl in a red dress. The VR version of the series confronts the moshenzi, this time in as slightly different form, with a newlywed couple who find themselves in a deserted suburban villa.

Thanks to the creative design of the space and making active use of the whole 360-degree surroundings of the viewer, "Tag Along" is one of the best horror experiences in virtual reality. Asian horrors turned portrayals of demonic ghost-women into art, electrifying worldwide audiences with broken movement phases and deadly staffage. "Tag Along" completes this mix with the freedom of looking around, throwing us right in the middle of the young couple's drama, forcing us to confront a murderous demon in stereoscope. Will you dare to follow the girl?

Cheng has more than 20 years of experience in film industry. Since 2015, he started devoting himself to the VR film production. In 2016, Cheng founded Funique VR, a world-leading VR production house. With Funique, he has co-produced several award-winning VR experiences, including "Your Spiritual Temple Sucks" and directed "Tag Along VR".