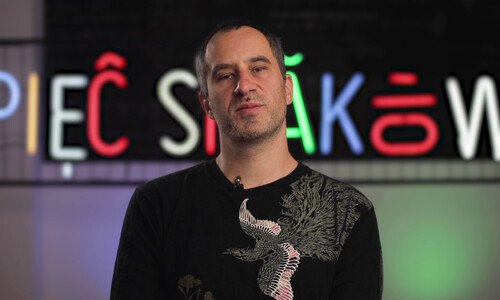 Lau Kin Ming is a gang member who infiltrated the police and throughout the years managed to climb to a rather high position in law enforcement structures. Chan Wing Yan is a cop who gained the trust of a triad boss and is now one of his right-hand men. They are both under impossible pressure, as their covers can be blown at any moment, but they do everything they can to win. With two equally matched opponents, only one of them will be left standing. Who will outsmart the other, who will stumble first?

Infernal Affairs is a masterful thriller, brilliantly written and tight, without a single superfluous shot, evoking a sense of claustrophobic tension till the very last second. It rests on two superb performances by Hong Kong superstars Andy Lau and Tony Leung Chiu-wai, who perfectly embody the yin and yang of the characters. The movie was a hit in Hong Kong with both audiences and critics, the story serving as a metaphor for the dual identity of Hongkongers at the beginning of the 21st century. The directors kept going and made two sequels, also well-received. At the time, it seemed like Hong Kong cinema was regaining its luster, but today we know that this was a one-off that didn’t inspire an avalanche. Yet, the legacy of Infernal Affairs is unmatched, as it still inspires action movies around the world. Its most famous remake is The Departed by Martin Scorsese.

Born in 1960. Hong Kong director, screenwriter, cinematographer and producer. He began his impressive career as a cinematographer in the famous Shaw Brothers Studio, and one of the first films he shot was Ringo Lam’s seminal City on Fire in 1987. A year later, he shot Wong Kar Wai’s directorial debut As Tears Go By. He turned his hand to directing in the early 1990s and gained local recognition with the Young and Dangerous franchise, with the first three parts made in 1996. He shot to international fame with the Infernal Affairs trilogy, co-directed with Alan Mak. Currently, Lau is working in mainland China.

Born in 1965. Hong Kong director, screenwriter and actor. He began in the industry as an actor in the early 1990s and debuted as a director in 1998. He gained fame with the widely acclaimed Infernal Affairs trilogy, which he co-created with Andrew Lau. When Hong Kong cinema began to increasingly rely on Chinese funding, Mak co-directed the Overheard trilogy and the spy drama The Silent War with Felix Chong. Currently, Mak is working in mainland China.