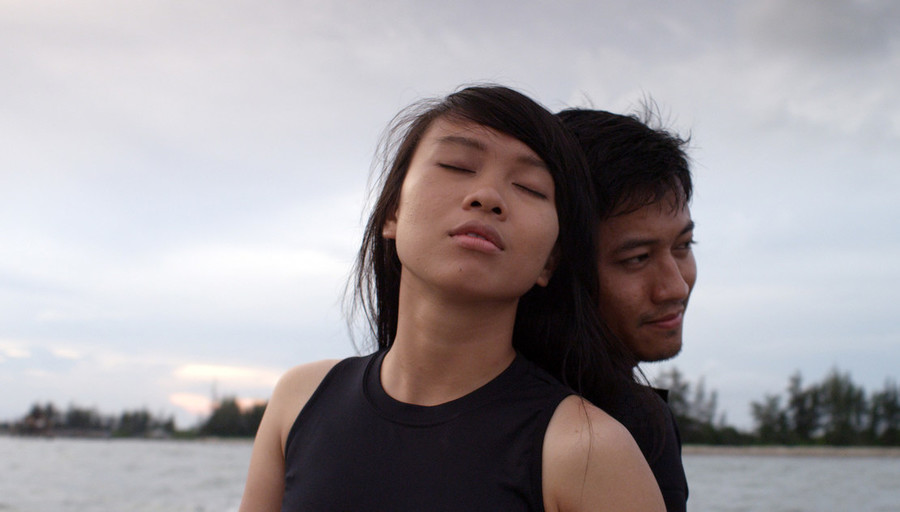 A mixture of science fiction, apocalyptic film, a thriller and a melodrama. It is 2030. Due to climate changes, the southern part of Vietnam is under water, most inhabitants have been evacuated. Sao and her husband Thi don't want to leave their flooded land and try to survive on the shrinking sea resources. When Thi is murdered, Sao decides to solve the mystery of his death. The leads take her to one of the floating farms, where her old love interest conducts mysterious experiments. The intimacy of the drama between the three characters contrasts with the background of the vast, powerful sea panoramas.

Born in Saigon in 1956, grew up during the war in the Vietnamese province. He immigrated to France at a young age, studied physics in Poitiers (B.S. in Aeronautical Engineering) and in the US (UCLA). In America he also graduated from the departments of screenwriting and directing in 1998. His full-length feature debut, "The Buffalo Boy," shown at the 2nd edition of our festival, was the 2006 Vietnamese entry to the 2006 Academy Awards and received a number of awards, including New Directors Silver Hugo Award at the Chicago IFF, the FIPRESCI Jury Award at Palm Springs IFF, and Youth Jury Award at the Locarno IFF. The director lives and works in Los Angeles.