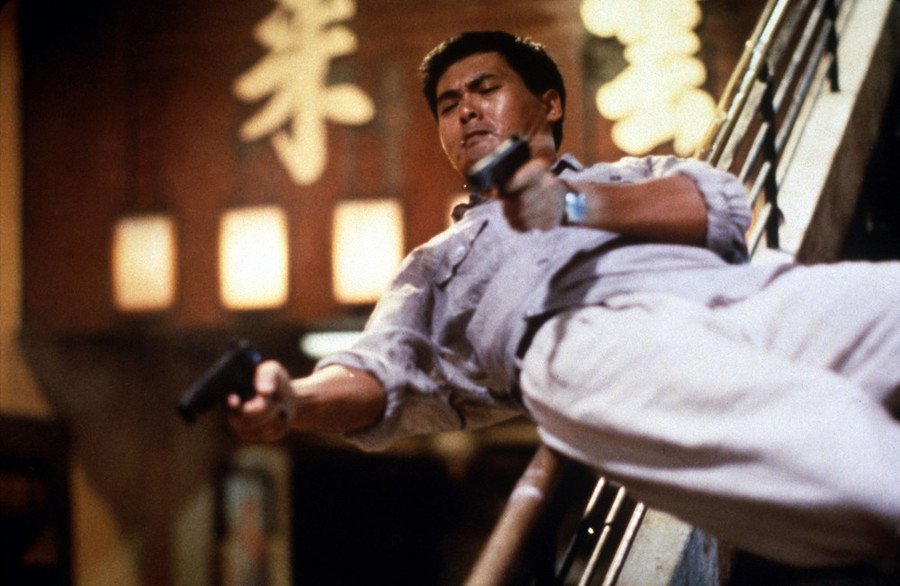 The last film John Woo made in Hong Kong before he moved to Hollywood, is considered to be a display of his wide array of techniques and the final word regarding the "analog" gangster film. David Bordwell called "Hard Boiled" an anthology of action scenes, and, indeed, from beginning to end, the film is an explosive spectacle driven by pure adrenaline.

It is Chow Yun-fat's first role as a police officer in a John Woo film – the director decided to change the actor's image to motivate the Hong Kong police forces. From the moral point of view, though, the character is no different than the gangster in "Better Tomorrow" or "Killer." Tequila is a tough, rebellious cop, who takes his job very seriously and turns into a jazz sax player after hours. To investigate a powerful criminal organization, he joins forces with Alan, an under-cover police officer in the Triad. Their job is nowhere near the routine of police jobs – it is a series of spectacular confrontations with dozens of opponents, breath-taking ballets of death and destruction. The final clash, almost 40-minutes long, is set in a Triad-ridden hospital. It smells of the apocalyptic fear of the uncertain future of Hong Kong, which in 5 years will come under Chinese rule.

Woo handles the film matter perfectly – "Hard Boiled" is a display of his extraordinary visual imagery and dazzling choreography. It is also an exciting finale of the heroic bloodshed genre and a worthy summary of the most important period in Hong Kong's cinema – after 1992 films made in Hong Kong were never the same.

Interestingly, after 15 years, John Woo decided to bring Tequila back to life in a… video game ("Stronghold").