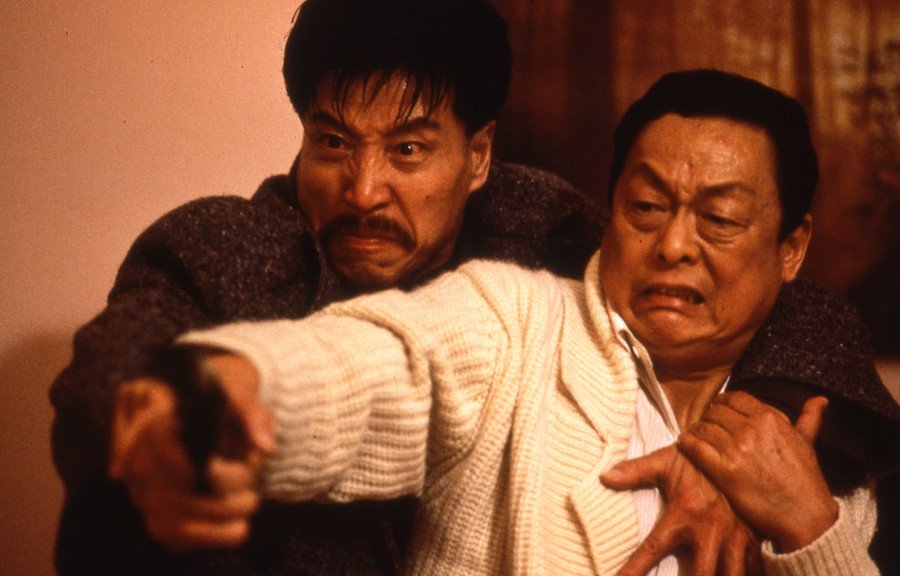 The film which started it all. The explosion of talent and genius of three great personalities: the director (John Woo), the producer (Tsui Hark), and the actor (Chow You-fat), resulted in a fiery parade of action, which almost overnight changed the cinema in Hong Kong and in the world.

Ho (Ti Lung, a veteran of wuxia cinema) and Mark (Chow Yun-fat, untill then associated only with box-office flops) are two friends working for a criminal organization which prints false banknotes. Ho has a younger brother, Kit (Leslie Cheung), who is unaware of Ho's line of work, and has a promising career as a... police officer. When Ho visits Taiwan, he falls into a trap and goes to jail. After his release, he decides to give up his criminal career. The world has changed by then – Kit rejects his thug brother, Mark is a degraded invalid, and the organization is run by the greedy, ruthless Shing. When Kit starts to investigate his activity, the confrontation is inevitable...

Filled with extreme emotions and spectacular shootings, the story shows the world where honorable heroes who play by the book are doomed to extinct, replaced by people craving power and money, and is shown in a revolutionary, auteur manner. Woo, in love in both Western and Eastern cinema, uses the aesthetics of gangster film to tell a tale of loyalty, love, and forgiveness, in the spirit of wuxia. The gangsters of "Better Tomorrow" are warriors who traded their swords for guns, and moved from Chinese wilderness to the crowded streets of a city ridden by a gold fever. The outcome of this transmission was a surprise to everybody, including the filmmakers.

The film, though made with a small budget, almost overnight became the biggest blockbuster in the history of Hong Kong. After its premiere, crowds of young people run to buy raincoats and Mark-styled sunglasses, and began to imitate the style of their screen idol. It was a beginning of the spectacular careers of Woo, Tsui and Chow, who are still on the top today, and it pushed the cinema of Hong Kong towards police films and gangster thrillers. The British colony became the hottest urban jungle of the end of the 20th century.

Inspector Wu is played by Woo himself, Tsui Hark also appeared in an episode.