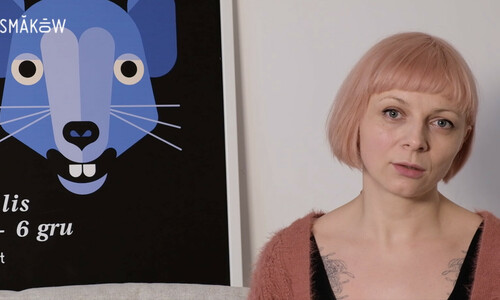 Zi Kien is a still just a boy, but he is eager to look and act like an adult. He also wants to be independent. Just like his mother, who has just started seeing someone. The relationship between the closed-off woman and her adolescent son is a sinusoid of emotions, from a nearly organic proximity to mutual aversion, from mean comments to awkward, tender gestures, from small dinner-table rebellions to the level of jealousy that can only be possible in very strong relationships.

In the film, filled with subtle humor and apt psychological observations, the director pushed the viewer right in the middle of this closed world – through inconspicuous scenes of everyday lives and the reactions to new people appearing in the small family's orbit, she constructs a complex story about powerful, unnamed feelings, intergenerational bonds, and the craving for independence. The plain apartment in the suburbs of Kuala Lumpur becomes
a scenery of a masterfully written story of the little beauties of everyday life and the imperfect ways of expressing emotions, performed with a lightness and
a bizarre charm.

Yeap graduated from the University of Malaysia Sarawak and he is a director and an actor. His shorts have already won awards at local film festivals. His work reflects his fascination with the work of representatives of Taiwanese and Malaysian new wave, including the films of Chui Mui Tan, with whom he worked for four years. His interest in this type of cinema has translated into long, static shots and into a focus on the relationship between the characters in his feature debut - "Sometimes, sometimes".