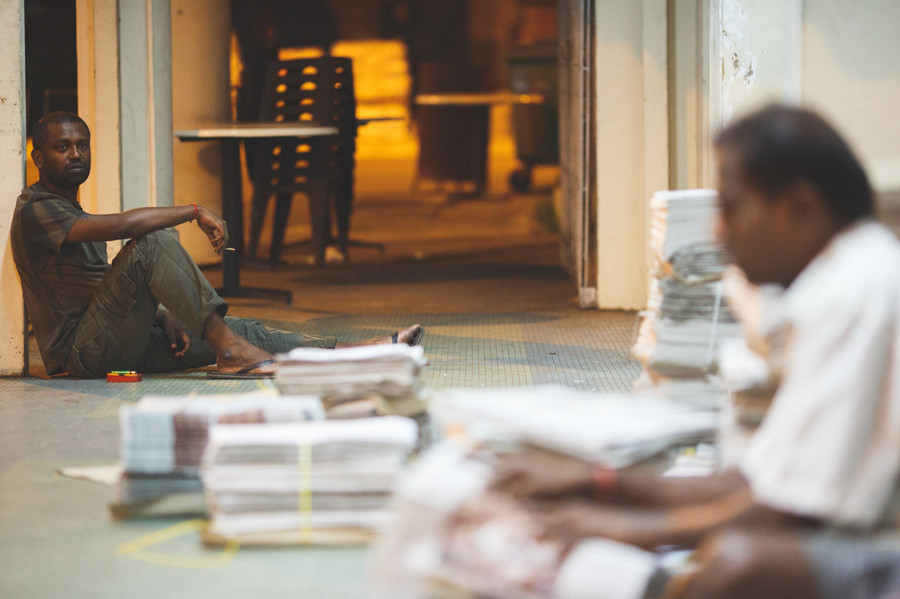 Singapore, the Asian Tiger, a spotless city of high, shining skyscrapers and affluent inhabitants. But it is not everyone's paradise. In his feature debut, K. Rajagopal turns his camera in another direction, diving into a completely different world of the Indian minority, which makes up 7% of all citizens... This is the reality of people pushed away into a small ghetto and their everyday struggle for survival.

The silent, grim Siva leaves prison after an 8-year trafficking sentence. At home, it turns out his mother rented his room to Chinese workers, and his wife and daughter disappeared without a trace. Siva will do anything to get them back, even go to the extremes and take brutal action. His angry, tense journey though the labyrinth of Little India turns into a desperate attempt of rebuilding his past life and the relationships he destroyed.

A spark of hope appears when Siva meets Chen Chen, an illegal immigrant from China, who also lives on the margin and clings to every hope of making some money. But the temporary stabilization seems as fleeting as the tiny tent in which Chen Chen if forced to prostitution.

"A Yellow Bird" is a rough, acute, authentic film, not just because in preparation for his role Sivakumar Palakrishnan spent some time living on the streets. In its stuffy frames, the blurry skyscrapers loom far away in the distance.

Born in 1965. Received numerous awards for short films, worked as a screenwriter and director of television films. He directed film novellas included in "Lucky 7" and "7 Letters," shown at international festivals. He wrote for the theater for over a decade and played King Lear on stage. In 2012, he received a government scholarship to make his directorial debut.