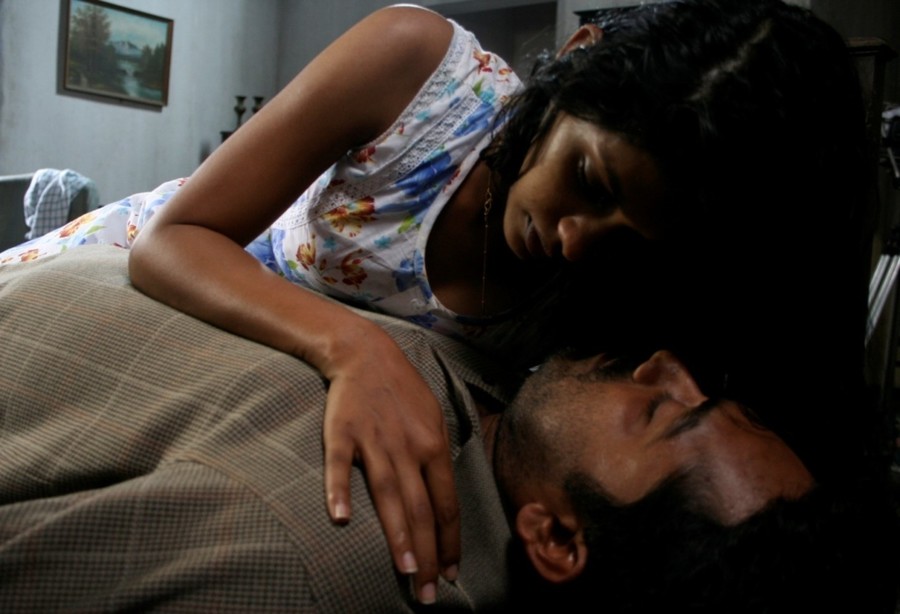 This classic story of an impossible love, inspired by Fyodor Dostoyevsky's "A Gentle Creature", is also a metaphor of the complex situation in Sri Lanka.

A middle-aged pawnbroker lives alone above his shop in a remote village. He is bewitched by one of his clients, but the two have nothing in common – they are of different age, religion, social and economic status, sensibilities, and ethnic background (she is a Tamil, he a Singhalese). They are aware of the fragility of a relationship based on such imbalance. But the beautiful young girl, with no money and no prospects, succumbs to persuasion and becomes a wife. She brings liveliness and confusion into the composed life of the man, and trustingly yields to the growing affection, which brings out the husband’s concerns.
The object of his desire suddenly becomes a person, with plans and dreams, as well as a tragic past. A life in a country, which for so long was torn by the civil war, has left its marks. Some facts are revealed, which the couple would rather never have found out about.

Born in 1962, Panadura, Sri Lanka. One of the best Sri Lankan directors. Before he turned to cinema, he directed Bernard Shaw’s and Dario Fo’s plays for the theater. He made 7 films , which received many awards at international festivals. In 1996 he adapted Tolstoy’s ”Dark Night of the Soul,” and now he returns to Russian literature with an adaptation of “A Gentle Creature” by Dostoyevsky.