On the road: Journey to Asia section at the 14th Five Flavours

Cinema journeys are a chance to visit places not mentioned in any tourist guides and to meet people whose lives are not showcased in colorful magazines. This year, the Festival presents an array of feature films combining two elements – journeys, both real and metaphorical, and the element of water, which gives life and takes it away, and is rooted deeply in local mythologies and traditions.

The journey to Asia section discovers the hidden regions of the continent, portrays local traditions and showcases the crucial bonds shaping the life of communities, big and small.

This year, our ability to travel is significantly limited, but it does not mean that we have to stop visiting picturesque shores and hidden mountain villages. Journey to Asia is a section comprising various aspects of conscious traveling – contemplating the disappearing traditions, learning about communities deeply connected to the local environment, looking for different ways of thinking and searching faraway lands for things close to our hearts.

Some of the films presented in the Festival program offer an ecological message and a reflection on landscapes subjected to man-made changes. “Mekong 2030,” which has already been announced earlier, is an episodic project in which filmmakers from various countries of Southeast Asia travel along the banks of one of the biggest rivers in the world, spinning visions of its near future. “The Takatsu River” is set at the springs of Japan’s clearest waters, currently threatened by the developer’s activities. This warm family tale shows the strength of the bonds between people and their environment. The atmospheric “Ohong Village” transports us to a fishing village facing an economic crisis – an echo of big politics.

The river Ganges is a silent protagonist of “Hotel Salvation,” filled with optimistic melancholy. The films talks about an adult son accompanying his father who, according to the tradition, wants to spend his last days on the banks of the holy river. A meditation on passing and the unfathomable is also the theme of “Sea Serpent,” set on a tiny Philippine island Marinduque where, one day, hundreds of red apples start washing ashore.

“Mermaid Unlimited” takes us to the rocky shore of the volcanic island Jeju. The protagonist, a young professional swimmer, moves there from the big city to help women cultivating the traditional art of shell diving build a synchronized swimming team. This comical, touching story about the clash of two words is a tale about overcoming the limits which exist mostly in people’s heads. After all, going beyond our limits is the essence of a good journey.

Daya, a former teacher, feels that his life is almost over. To meet the approaching end with dignity, he wants to visit the sacred cit y of Varanasi. The stubborn father is accompanied by his son involved in a never-ending stream of businesses. In the hotel on the bank of the Ganges, filled with insects and marijuana lassi sellers, the two men meet the mysterious paths of fate and have to revise their, somewhat austere, relationship. This comedy drama, set in the unique scenery of the historic city, has conquered the hearts of audiences around the world, skillfully balancing warm humor and melancholy with an unobtrusive philosophical message. 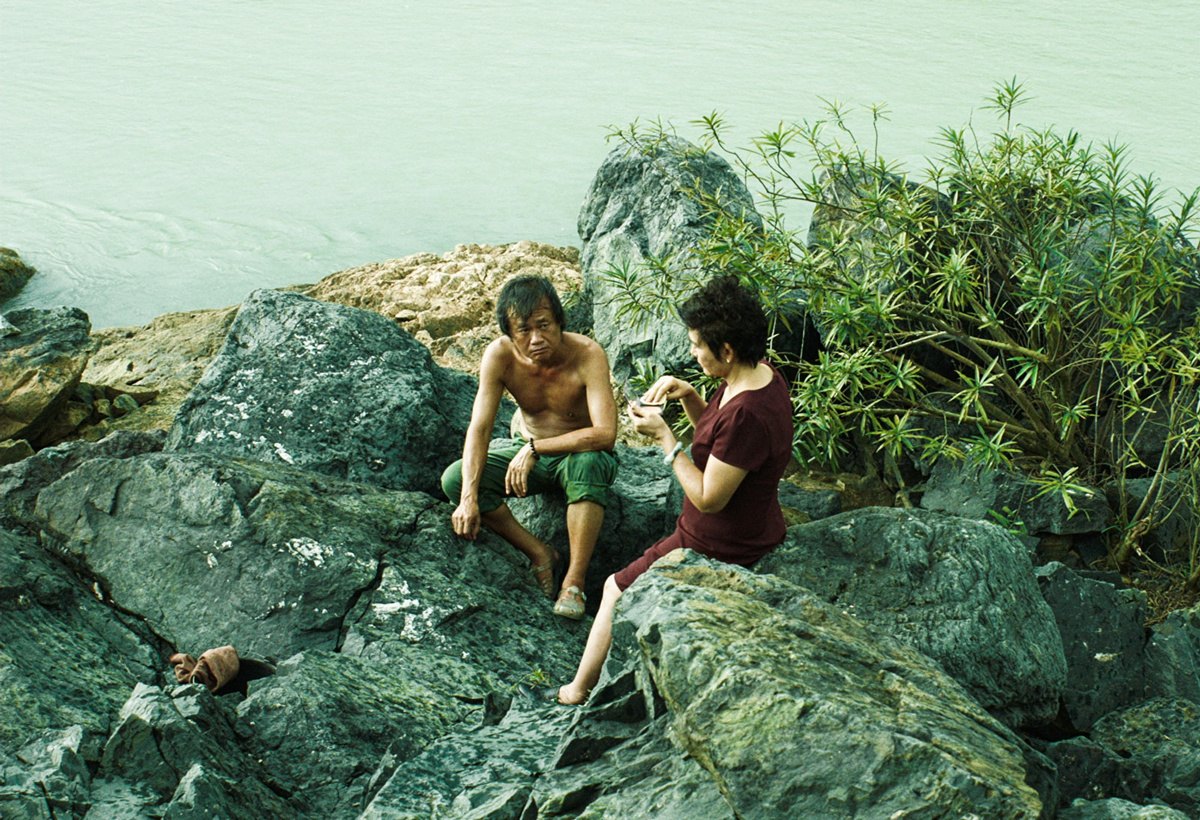 A piece of the life of a Bhutanese village, a dystopian science-fiction, and a fantasy about modern religiousness. This episodic film made by a group of independent filmmakers from Southeast Asia is a thematically and formally diverse story about the future of one of the biggest rivers in the world. Many local economies depend on its waters, it brings and takes away the rich soil, and is the source of legends and local myths. The mosaic portrait of its banks in Myanmar, Vietnam, Cambodia, Thailand and Laos is an avant-garde reflection on passing and the man-made changes to the eternal rhythm of nature.

As three siblings are waiting for their father to come back from his fishing trip, their hope starts to wither away. After ninety days, they will have to perform a traditional burial ceremony. As the eldest daughter is getting used to her new role as the head of the family, the village is haunted by a mysterious plague – hundreds of apples appear by the shore, glistening red dots in the seawater. This atmospheric story draws on local mythology, creating a slow-paced narration about the circle of life, offering a reflection on the Philippine island identity.

The Shimane Prefecture is famous for its kangaroo dance, the predecessor of the famous Kabuki theater. As young people leave for the cities, the dancers have no one to teach the ancient art to. The return of one of them brings about some unexpected meetings, long-overdue conversations and a search for the thing still tying the small community together. This charming feature is a nostalgic portrayal of one of the lesser-known areas of Japan, showing the complexity of neighborly bonds with psychological sensitivity, and looking for balance between the inevitable changes and the respect for tradition.

At the southernmost edge of Taiwan, the inhabitants of a fishing village are preparing for annual religious festivities. Sheng is returning home, preceded by tales of spectacular success, but when asked about work, he gives evasive answers. His father, the oyster farm owner, also seems to be hiding something. The visually unique debut shot on 16mm film, inspired by the cinema of Tarkowski, is an atmospheric portrait of a community whose existence is endangered by the changes happening in the big wide world.

An unruly, troublesome Olympic swimmer is sent to a rocky island notoriously underrepresented in sports. She is supposed to train a group of women cultivating the traditional art of shell diving to create a synchronized swimming team, but the women are very suspicious towards the ideas of a city girl who cannot appreciate their mastery. This daring story about overcoming the limits, the painstakingly hard forging of women solidarity, and the meaning of sport rivalry is also extremely entertaining and provides a remarkable insight into the unique culture of Jeju.