Discoveries: Indian independent cinema and a fascinating portrait of Calcutta

Guests:
Aditya Vikram Sengupta ("Once upon a time in Calcutta"), Paulina Wilk

For years, Indian cinema was mainly associated with Bollywood films. For several years, however, we have been observing a blossoming of independent cinema showing the complex reality of contemporary India: various aspects of its modernisation and cultural transformations. We talk about the diverse social landscape of this complex country with Paulina Wilk, a writer and columnist who has been following Indian reality for years.

Aditya Vikram Sengupta, author of the hypnotic "Once upon a Time in Calcutta", in which he builds a unique portrait of the city and its inhabitants, is also a guest on the studio. 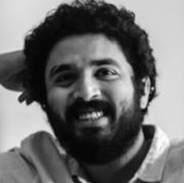 Indian director, screenwriter and cinematographer, born in Calcutta in 1983, considered as one of the most intriguing filmmakers of contemporary Indian cinema. His debut "Labor of Love,"devoid of any dialog, premiered at the festival in Venice and gained critical acclaim. His next movie "Jonaki" was an international co-production and was streamed on Netflix. Together with his wife, Jonaki Bhattacharya, Segupta started a production studio For Films.

Writer and press columnist. She writes on literature and global development: she specialises in issues concerning India and the Asia-Pacific region. She is the editor of the culture section on the Przekrój quarterly, a regular contributor to the foreign affairs section of the Polityka weekly and a columnist for the “W Droga” monthly. She debuted with a well-received book of reportage “Dolls in Fire. Tales from India", which was received with great acclaim.