Hold onto your seats: cinema of Untamed Imagination

Are you looking for films that will catch you off guard, burst the boundaries of genres, and never let you forget them? On Saturday morning, we talk about the most unconventional films of the festival, original creative experiments and unusual aesthetics of the authors whose films land on the shelves with the signature "cult".

The studio's guest is one of the greatest eccentrics of Japanese cinema, Sion Sono. The Five Flavours audience fell in love with his movies during the retrospective at the 10th edition of the festival and the spring review on VOD Five Flavours at Home. 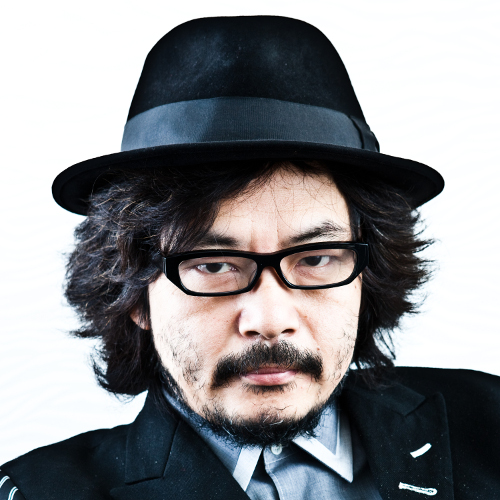 Born in 1961, poet, performer, filmmaker, painter and musician. One of the most influential artists of independent Japanese cinema, his films are regularly presented at international festivals. Valued for his radical artistic vision and the ability to combine a shocking form with apt social criticism and an uncompromising film language. He made over 50 movies – from punk experimental cinema to surreal thrillers and daring teenage films. His retrospective was a part of the program of the 10th Five Flavours.