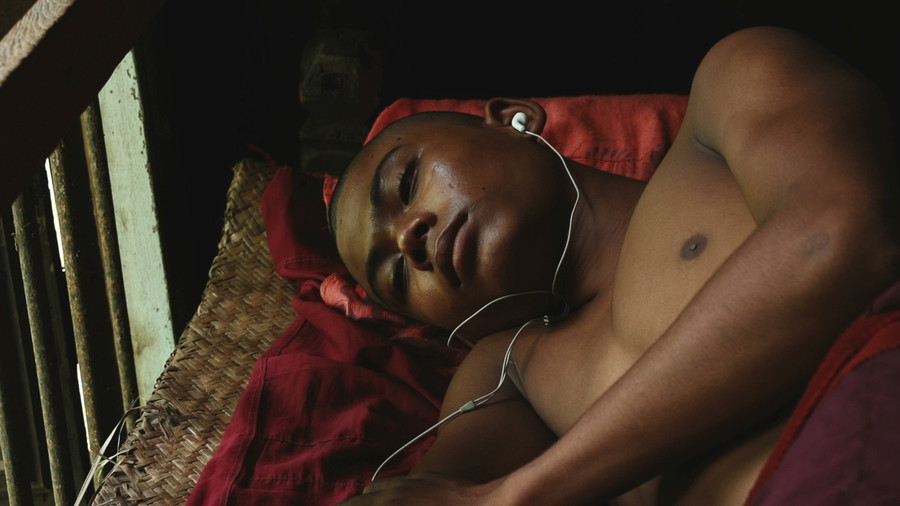 A tale of the dilemmas of a young monk and the core of Buddhism. Zawana has been taken off the streets of Rangun as a child, and now lives in a country cloister. His every-day life is made up of repetitive activities – the morning walk, when he asks for food, meals eaten with other monks, meditation, prayer, and learning, interrupted by pranks. Another ritual is the exchange of forbidden letters with Marlar, a girl from the village. Zawana is on the verge of adulthood and he ponders if he should be a monk forever. On the one hand, there is duty, on the other – a temptation to dive into the whirl of emotions. When he gets to the capital with his gravely ill master, he will face up to the illusion he yielded to.

Film director, poet, performance artist and painter, born in 1971, in Burma. Graduated from the department of directing at FAMU in Prague. In 2004, he published his first book, a surreal commentary on the political situation in Burma. His first short documentary, "Again and Again" won a special award at ZEBRA Poetry Film Festival in Berlin in 2008. His documentary "Nargis: When Time Stopped Breathing" (2012) were shown and awarded at international festivals. "The Monk" is his full-length feature debut.