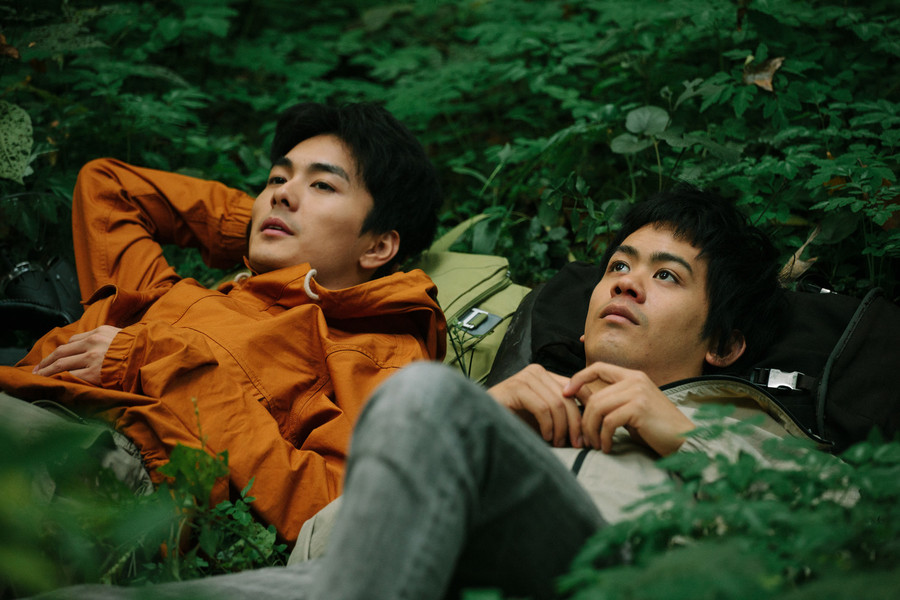 Some ground subsidence has occurred in a suburban area and a team of engineers, including
Hao, is dispatched to investigate the cause. After days of wandering around in the empty suburb looking for answers and carrying his heavy gear, Hao walks into a primary school where he finds a diary chronicling the story of a boy and the separation of what seems to be an intimate group. As the investigation keeps going, Hao discovers that this diary might contain prophecies about his own life.

Qiu Sheng's debut film is a very personal recount of growing-up and gradual disintegration of friendship. Director skillfully uses visual language of the film, sudden zoom in and zoom outs not only reference Hong Sang-soo's works but also the form of nature documentaries. The optics itself becomes one of main motives in the film, as according to Qiu Sheng growing-up is inseparably connected to the shift in the way people function in the world, the sense of touch loses importance in favour of sight, intimacy is replaced by distance, illusion and lack of trust.

Born in Hangzhou, China. He earned a Bachelor degree of Biomedical Engineering from the  prestigeous Qinghua University in Beijing, before getting an MFA degree in film at Hong Kong Baptist University. He started shooting short videos already during undergraduate studies, observing the university campus construction and focusing on film cafes in Beijing. He is aspired to discover new ways of filmmaking. Qiu Sheng's short films like "Winterstare" and "Golfville" have won awards at China Independent Film Festival among others. In 2015 he participated in a filmmaking workshop organized by Hou Hsiao-hsien during Taipei Golden Horse Film Festival. Afterwards he also took part in Xining FIRST International Film Festival FIRST Training Camp. "Suburban Birds" is his directorial full-length debut.